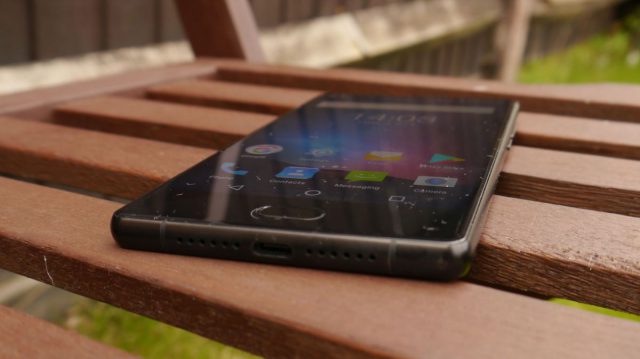 When we reviewed the Maze Blade back in June, we were flabbergasted by the sheer amount of quality components that the Chinese vendor, Maze, managed to cram in this smartphone.

The Maze Alpha is the bigger brother of the Blade and has an even higher specification without adding much to the price.

Maze sent us the sample and Gearbest sells the Maze Alpha for just over £137 at the time of writing. Note that, while this price includes delivery, it is exclusive of any taxes that may be levied by customs or delivery companies. Want to buy tech from online Chinese retailers? Read this first.

Probably the first thing you will notice when holding the Alpha for the first time is how wide it is. At 160 x 82.5 x 8.1mm for a weight of 228g, this is a chunky piece of technology. Using a 6-inch display means that the designers had to be creative in order to produce something that can comfortably fit in one’s hands.

The bezels are therefore kept to a minimum, about 4mm on each side with the bottom one being the largest of them all at 22mm; helps explain the high screen-to-body ratio, which stands at 83 percent. To call it bezel-less though is an overstatement.

One of the compromises that engineers had to make was to move the front facing camera (a 5-megapixel model) to the bottom right of the device, next to the home button which houses the fingerprint scanner. 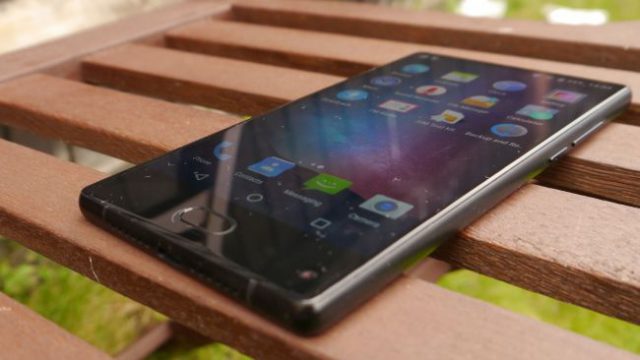 The Alpha combines a zinc alloy metal frame with a layer of Corning Gorilla Glass 4 on the front and at the back (and presumably on the sides as well). The result is a very swish looking device that suffers from the usual setbacks associated with an all-glass design; the propensity to attract fingerprints and the uncanny ability to suffer from scratches.

That said the 2.5D curved glass and the bezel-less design are all worth it. The audio port is still here as are the volume rocker, the power button, the SIM tray, a USB Type-C connector and two speaker grills (there’s only one speaker though).  Two rear cameras (a 5-megapixel one coupled with a 13-megapixel Samsung sensor) and a flash are located at the back. 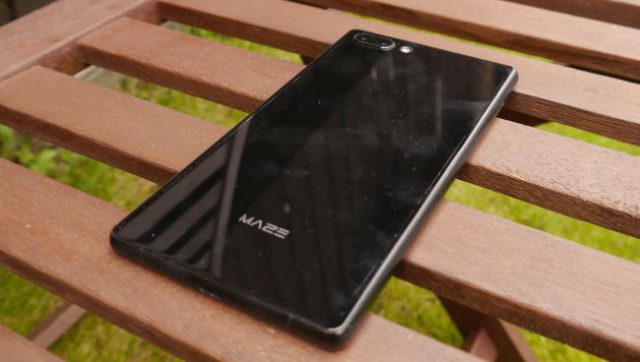 The sheer grunt of the latter is useful to power the two million pixels of the 6-inch IPS display (full HD with a 16:9 aspect ratio). There’s plenty of system memory; 4GB on the model we reviewed and 6GB LDDR4X on the more expensive version; the latter model is marginally more expensive at £160.

Onboard storage stands at 64GB but you can always add a microSD card to bump that up; bear in mind that doing so means that you won’t be able to add a second SIM card. The Alpha is one of the rare entry-level smartphones to offer dual SIM, dual Standby capability. 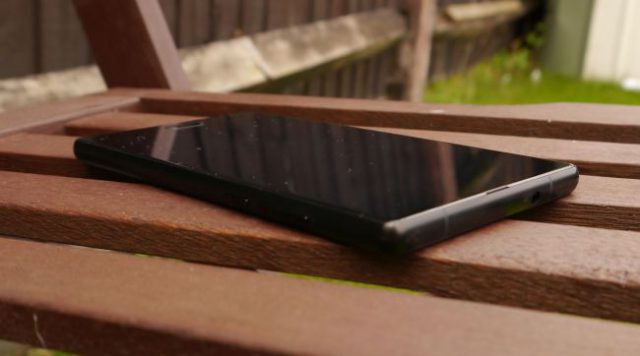 The screen delivers punchy colors and the slight dip in pixel density compared to devices with smaller displays is inconspicuous. During our benchmark tests, we didn’t notice any noticeable slow down; the Maze Alpha performance was in line with the expectations we had from the MT6757.

Even though there’s a physical home button, the Alpha comes with the usual onscreen navigation buttons (back, home and recent items). You can easily hide them but it might have been a better option to integrate them as capacitive buttons on the bezel.

There’s absolutely no bloatware which is a refreshing change from the competition. Sadly there’s no NFC capabilities or status lights, which is a real shame and prevents it from being considered as a true premium smartphone as you won’t be able to process mobile payments.

And because the camera is located on the bottom edge of the device, you will need to turn it upside down in order to take decent selfies, something the phone will remind you about constantly.

There’s a few interested features hidden in its settings like HotKnot, which allows you to exchange data between two devices simply by touching.

There’s a one-hand mode which makes it easier to maneuver on the 6-inch screen and a number of lock screen gestures that will allow you to perform common tasks by physically interacting with the smartphone.

If you want a smartphone with a large screen, there are few high-end options. The Vernee Mix 2 and the Umidigi S2 are more expensive and have their own pros and cons. If you’re happy with a slightly smaller display, then the Vernee Apollo phablet, with its 2K 5.5-inch display and a 21-megapixel camera is an attractive alternative for roughly the same price.

Maze has already plans for an improved version of the Alpha which is the Alpha X and will come with a 6-inch FHD+ LG screen (18:9 format) and a Sony camera sensor. There’s also the Comet, an even more exclusive model with a calfskin back and an 18:9 aspect ratio.

All things considered, the Maze Alpha is an excellent phablet, but bear in mind that it doesn’t offer NFC and lacks status lights.