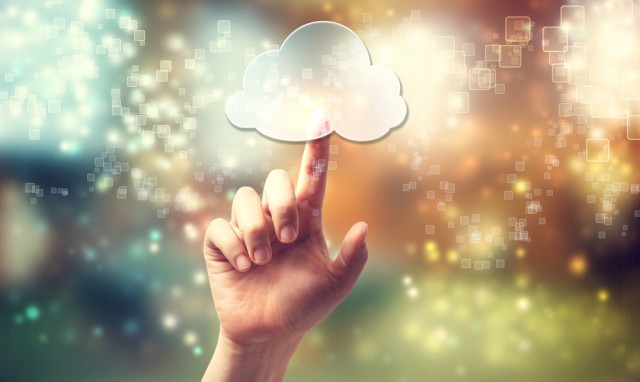 Between technology waves there is always a tipping point. It’s not that moment when the new tech becomes dominant but the moment when that dominance becomes clearly inevitable. For cloud computing I think the tipping point arrived a month ago. That future is now.

This is a big deal. My count of technical waves in computing may not agree with yours but I see (1) batch computing giving way to (2) timesharing which gave way to (3) personal computers which gained (4) graphical user interfaces, then became (5) networked Internet computers and (6) mobile computers embodied in smartphones and tablets, and now we have (7) the cloud. This seventh generation of computing will, within 3-5 years, absorb the vast majority of the approximately $1 trillion we spend in the USA each year on IT.

If I am correct, your PC three years from now won’t be a PC at all but a PC-shaped chunk of cloud accessed through many types of devices. The desktop PC itself is almost dead except for gamers.

What happened a month ago to make this inevitable was VMware announced a new product called VMware Workspace ONE App Express.  App Express would appear to be a way to deliver Windows apps that run on a server under VMware’s Workspace ONE architecture except I’m pretty sure it’s not that at all.

App Express is VMware in name only. The service, which runs now on Amazon’s cloud, shortly on Microsoft’s cloud and inevitably on Google’s cloud, actually comes from a company called Frame (formerly Mainframe2). It’s a cloud-native implementation that pays lip service to VMware in its branding but is otherwise all Frame. App Express is the product VMware would build if it weren’t, well, VMware and otherwise attached predominantly to on-premises server app delivery.

Why would VMware turn to a startup like Frame to truly cloudify its app delivery? I can think of three reasons: 1) VMware, for all its technological smarts, couldn’t build App Express on their own; 2) partnering with Frame is a quick, safe, and relatively cheap way to beat VMware competitors in offering a cloud-native solution, and; 3) App Express will eventually destroy Citrix Systems, a direct VMware competitor that at this point probably wishes it was the company to have cut the deal with Frame.

It is very hard for computer and software companies to dominate multiple waves of computing. IBM did it in batch and timesharing but not since. Yes, it defined the PC business but never really made much profit from it. One characteristic of dominant companies is high profits.

Microsoft dominated character-based PCs and then graphical PCs using Windows, so it managed to bridge two waves, but failed miserably in smartphones. Microsoft is, however, determined to be a winner as a cloud service provider and is spending tens of billions to make that happen.

VMware and Citrix have vied for dominance in the on-premises Virtual Desktop Interface (VDI) market for delivering desktops to thin client computers, but neither has until now fully embraced the cloud. They use the word cloud a lot, but that doesn’t mean much. Legacy IT firms that are making a lot of money from old technology tend to embrace new trends first through marketing, primarily by renaming their old stuff to make it look like new stuff, which it often really isn’t.

It’s only when their very existence is threatened that legacy vendors get serious about future technologies, giving startups an edge in the short term. The legacy suppliers are typically lulled by the idea that they could, at any time, simply whip out the big checkbook and solve their problem by buying ahead of the new technology wave. That technique always seemed to work for Cisco Systems, but VMware and Citrix aren’t Cisco.

The advantage for now would seem to lie with VMware, though that’s no guarantee of eventual dominance just a good head start. Frankly, I think it just got lucky.

Tipping points don’t inevitably come. Sometimes we think some new trend is going to define the future and it doesn’t. Artificial Intelligence (AI) was the Next Big Thing back in the 1980s but didn’t really deliver for another 30 years because we grossly under-estimated the required computing power. Running Moore’s Law in reverse we can see that one dollar’s worth of computing today cost $1,024,576 back in 1987. How could they (not we -- I was around back then and even had this gig, but I wasn’t that stupid and have the clippings to prove it), how could they have been so far off in their estimates? What failed was we defined AI back then as encapsulating knowledge we already had while AI today mainly means generating whole new data-driven understandings of how the world really works.

We were right about the potential of the work but wrong about what it would be used for.

Cloud computing is here to stay. Security breaches are pushing customers of all types toward virtual desktop deployments. A titanic struggle between cloud service vendors is driving the service capability up by adding things like virtual Graphical Processing Units (GPUs) while simultaneously lowering prices. Amazon, Google and Microsoft will each pay whatever it takes to be cloud competitive. And for those companies, whatever it takes is a very big number.

Other beneficiaries of the cloud era will be startups like Frame that came along at just the right moment with the proper bit of tech to do what couldn’t be done before -- replacing an engineering workstation with a Chromebook.

And the ultimate proof is VMware’s bold adoption of cloud-native code even though it was Not Invented Here. It could just as easily have been Citrix, but it wasn’t.

Someone has to be the winner.

The past couple weeks have been a huge adventure for my family and me as we ran from the Santa Rosa fires. We spent the first week on the Mendocino coast where there are no computer stores. You can get a computer fixed, but can’t buy a new one in Gualala, Mendocino, or Ft. Bragg. So I bought an ancient IBM ThinkPad from MacDaddy Computer Repair only to learn that it wouldn’t produce text I could read. Hence the delay in filing this column -- the first of two on the current state of cloud computing. The second column will appear sometime before Thursday when I have scheduled cataract surgery on both eyes. Provided nothing goes horribly wrong I should be back driving and flying next week and will address at that time what my old friend Adam Dorrell calls "the Mineserver Jihad."