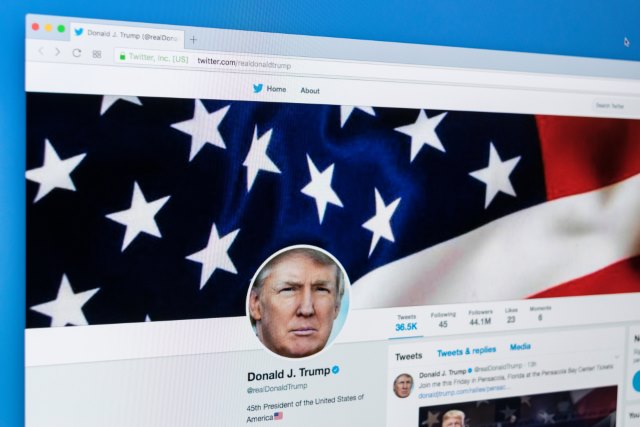 Since Donald Trump's inauguration, there have been countless calls for him to be banned from Twitter. As well as concerns that his often rash and bombastic statements could cause diplomatic nightmares nationally and internationally, there have also been suggestions that his particularly aggressive tone and threats violate Twitter's policies.

But Twitter has consistently refused to either ban the US president or remove his more controversial tweets -- despite doing the same with other users. Now the company has taken steps to explain why this is. In essence, it's because Trump -- and other world leaders -- have been granted a special status.

In a blog post, Twitter acknowledges -- without ever making direct reference to Donald Trump himself -- that there is a great deal of interest in the activities of "political figures and world leaders" on the platform. The company says that people in such positions "play a critical role in that conversation because of their outsized impact on our society."

The post goes on to say that removing such a user, or their tweets -- even if they would constitute a policy violation for ordinary users -- would stifle debate and stem the flow of information:

Blocking a world leader from Twitter or removing their controversial Tweets would hide important information people should be able to see and debate. It would also not silence that leader, but it would certainly hamper necessary discussion around their words and actions.

Twitter insists that it is trying to be the best platform on which to "freely discuss" topics; users who have been banned might well disagree. Despite having clearly taken partisan decisions in the past, Twitter says that it is not biased:

We review Tweets by leaders within the political context that defines them, and enforce our rules accordingly. No one person's account drives Twitter's growth, or influences these decisions. We work hard to remain unbiased with the public interest in mind.

While there have been endless protests calling for Trump to be removed from Twitter -- with many citing global safety and political stability as reasons for wanting to rein him in -- it seems these protests have fallen, and will continue to fall, on deaf ears.