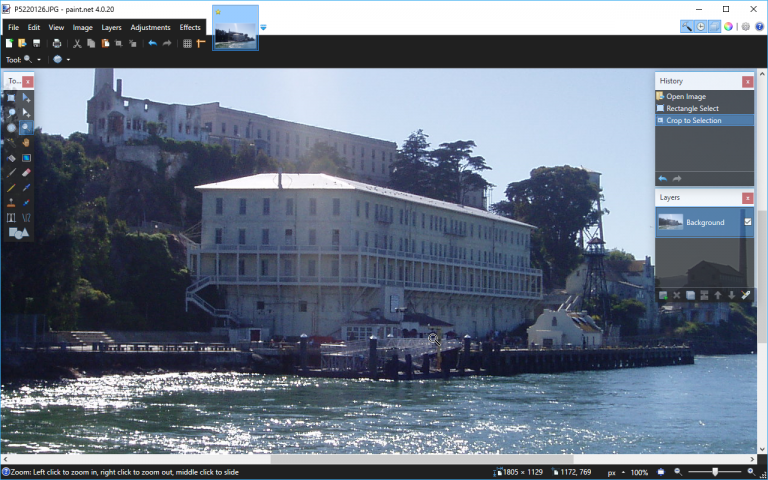 dotPDN LLC has unveiled Paint.NET 4.0.20, the latest version of its popular -- and powerful -- free image editor for Windows PCs.

Paint.NET already offers a dark skin via its own Settings > User Interface dialog, but Dark Theme support means that when its own color scheme is left set as Default, users will find its theme will automatically switch to Windows 10’s own Dark Theme when it’s set via Windows’ own Settings > Personalization > Colors (set 'Choose your default app mode' to Dark).

Improvements to High DPI support ensure the program dialogs and other aspects of the user interface scale up neatly with the greater available resolution -- no more cramped toolbars or other elements.

The program’s shell extension has been updated to provide thumbnails for TGA and DDS images in File Explorer.

A number of fixes have also been implemented. Highlights include making sure the Color Picker tool accepts the 'Switch to previous tool' setting, as well as ensuring arrow keys work correctly before a second shape or line/curve is drawn.

This is the program’s 20th update since version 4.0 was released, and it continues to evolve -- version 4.0.18 was the first build to be made available through the Microsoft Store, for example, making it available on Windows S machines (a bug fix in v4.0.20 should resolve problems with crashing plugins on these models).

Paint 4.0.20 is available now as a freeware download for PCs running Windows 7 or later. The .NET Framework 4.7 is also a requirement as of version 4.0.20, and will be automatically installed alongside the program if required.