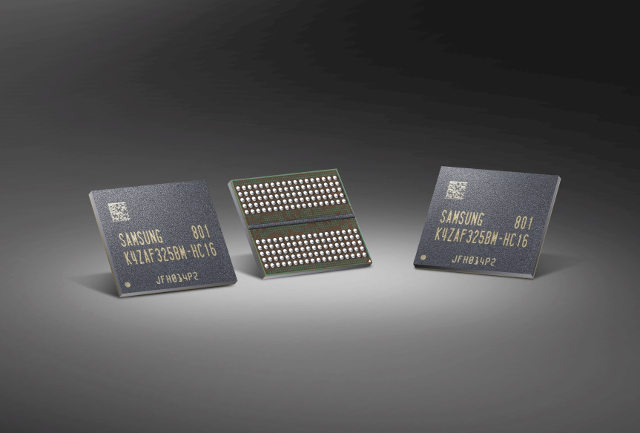 Graphics cards are huge business nowadays, and not just for gaming. Actually, many consumers are buying these cards for the mining of cryptocurrency. Unfortunately, this is driving up the cost of GPUs, negatively impacting gamers that are shopping for a new card.

Right now, graphics cards largely utilize the super-fast GDDR5 for memory, but there is something better on the horizon -- GDDR6. Today, Samsung announces that it has begun mass producing the memory chips. If you are a gamer, you should be extremely excited about this!

"Built on Samsung's advanced 10-nanomter (nm) class process technology, the new GDDR6 memory comes in a 16Gb density, which doubles that of the company's 20-nanometer 8Gb GDDR5 memory. The new solution performs at an 18-gigabits-per-second (Gbps) pin speed with data transfers of 72 gigabytes per second (GBps), which represents a more than two-fold increase over 8Gb GDDR5 with its 8Gbps pin speed. Using an innovative, low-power circuit design, the new GDDR6 operates at 1.35V to lower energy consumption approximately 35 percent over the widely used GDDR5 at 1.55V. The 10nm-class 16Gb GDDR6 also brings about a 30 percent manufacturing productivity gain compared to the 20nm 8Gb GDDR5," says Samsung.

The company further says, "Samsung's immediate production of GDDR6 will play a critical role in early launches of next-generation graphics cards and systems. With all of its improvements in density, performance and energy efficiency, the 16Gb GDDR6 will be widely used in rapidly growing fields such as 8K Ultra HD video processing, virtual reality (VR), augmented reality (AR) and artificial intelligence. With extensive graphics memory lineups including the new 18Gbps 16Gb GDDR6 and recently introduced 2.4Gbps 8GB HBM2, Samsung expects to dramatically accelerate growth of the premium memory market over the next several years."

Keep in mind, this memory will not show up in new products tomorrow, next week, or even next month. However, now that it has entered mass production, it is just a matter of time before this GDDR6 memory changes everything -- PC gaming hardware, video game consoles, and more.

Are you excited about GDDR6? Tell me in the comments below.