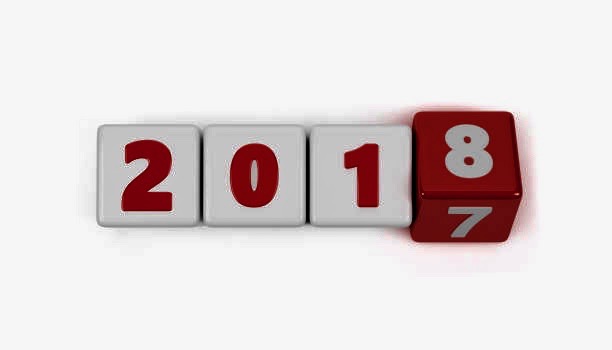 When I started this series of 2018 predictions I said the recently passed U.S. tax law was going to have a profound impact on upcoming events. Having had a chance to look closer at the issue I am even more convinced that this seismic financial event is, as I wrote above, a $591.8 billion taxpayer ripoff. This is not to say there aren’t some possible public benefits from the repatriation, but it’s fairly clear that the public loses more than it will ever gain.

In case you don’t follow these things, multinational U.S. companies have, since 2005, squirreled away about $2.5 TRILLION in profits overseas because U.S. tax law allowed those profits to go untaxed until they are returned to the USA. Understand that this $2.5 trillion is more than just the profit made on overseas business: many companies changed their ways of doing business to divert what would have been U.S. domestic profits, sending them overseas for parking to await a business-friendly U.S. Administration that would cut them a sweetheart deal to bring back all that moolah. The amount of U.S. corporate income tax that went unpaid during this 12 year period was 35 percent of $2.5 trillion or about $875 BILLION. That’s taxes of $73 billion annually for 12 years that went unpaid -- about five percent of the federal budget for those 12 years.

Admittedly U.S. tax law was out of step with most of the rest of the world and the new law changed much of that, cutting the corporate rate to a more competitive 21 percent (from 35) and ending U.S. taxation of foreign profits entirely from 2018-on (foreign taxes still apply). But it is also clear that the companies keeping profits overseas won big in the repatriation deal — bigger than most readers even understand — which is what this prediction is all about.

The new tax law says companies must bring those profits home but instead of paying the 35 percent tax they’d been working so hard to avoid or even the new 21 percent corporate rate, those profits  will be taxed at a special 15.5 percent rate, saving the companies about $500 BILLION they would have paid under the old rules. That’s the $500 billion President Trump says will be converted mainly into new jobs, pay raises, and aggressive R&D.

Why, then, am I calling this a $591.8 billion taxpayer ripoff, rather than just a $500 billion ripoff? Because the law allows companies to pay these back taxes over EIGHT YEARS. They may owe $375 billion, but will only have to pay this year $30 billion, leaving $345 billion in essentially free money to play with -- money that wouldn’t otherwise be available.

So what? Why should we care?

Beyond the simple fact that you and I could never get a deal like this if we had gone 12 years without paying our taxes, there are two more reasons why we should care and those reasons are the essence of this prediction. First, you know that having handed over this unprecedented windfall Congress will immediately look for parts of the federal budget to cut, making-up for the loss of revenue. Whether we are talking about closing national parks or cutting Medicare (I turn 65 this month), citizens are going to be affected.

Second, economists are pretty much in agreement that the majority of the $2.2043 trillion in net repatriated profits will be used for share buy-backs, propping-up both earnings and stock prices. The present combined market cap of all U.S. public companies is about $30 trillion with repatriating companies likely to buy back at least $1.5 trillion (five percent) of that in the near future.

Again, what’s wrong with that?

What’s wrong is we have already gone eight years without a recession and all these foreign profits going into stock buy-backs will create a weird effect once the inevitable recession is upon us, probably in 2019. Sales will drop, the economy will contract (that’s the definition of a recession) but earnings and stock prices will remain stable or even rise as CEOs and CFOs pit buy-backs against the recession, their hope being to somehow bridge the earnings gap and get to the next period of expansion without a market drop.

American CEOs and CFOs do such things because their average tenure is just four years, all of which is spent trying to ensure their own comfortable retirements. With that golden parachute always an average of only two years away, why not try something -- anything -- to keep share prices up? And so they will. And maybe -- just maybe -- it will work.

But more likely it won’t work. The next recession will start, markets will at first appear to defy gravity through buy-backs, but eventually and inevitably what went up will come down… hard.

It will be like 2008 all over again, just in time for the next Presidential election…