Google's Chrome OS getting support for traditional Linux apps, but don't get excited just yet 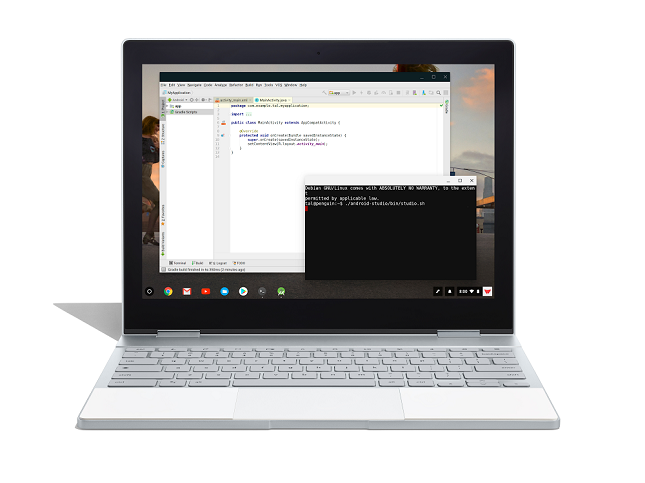 Google is a big supporter and user of Linux. Android, for instance, is the most popular Linux-based distribution in the world. Mobile aside, the search giant also leverages the open source kernel for its desktop operating system -- Chrome OS. While some Linux purists decry calling Google's operating systems "Linux," it simply cannot be denied. They are Linux.

I can understand some people suggesting traditional Linux distributions like Ubuntu or Fedora, but Chrome OS -- and the Chromebooks on which it runs -- is arguably more secure while also being easier to use. If I had to choose one operating system for accessing bank websites, for instance, I'd choose Chrome OS over any other. Unfortunately, its limited nature -- which makes it secure and easy to use -- also hinders power users. Sometimes a web or Android app just won't cut it. Well, folks, thankfully the rumors were true -- traditional Linux programs are coming to Chrome OS!

"Support for Linux will enable you to create, test and run Android and web app for phones, tablets and laptops all on one Chromebook. Run popular editors, code in your favorite language and launch projects to Google Cloud with the command-line. Everything works directly on a Chromebook," says Tom Buckley, Chrome OS Product Manager, Google.

Buckley further says, "Linux runs inside a virtual machine that was designed from scratch for Chromebooks. That means it starts in seconds and integrates completely with Chromebook features. Linux apps can start with a click of an icon, windows can be moved around, and files can be opened directly from apps."

Before you get too excited, you should know it is not yet available. Even when it does become available for use, it will be limited to Google's own pricey Pixelbook -- at least initially. Unfortunately, there are far more Chrome OS users with other types of Chromebooks -- Pixelbook laptops are more rare. In other words, the majority has a very long wait, and even then, we don't know how well these traditional programs will run.

The fact that Google is pushing this functionality to developers running a single Chromebook model makes me nervous. If the project was in a better state, it would be offered to more users as a sign of confidence. The dream of running Android apps, web apps, and traditional Linux programs side-by-side in a secure sandboxed environment may be further off than we hope.

Are you excited? Tell me why or why not in the comments below.

5 Responses to Google's Chrome OS getting support for traditional Linux apps, but don't get excited just yet