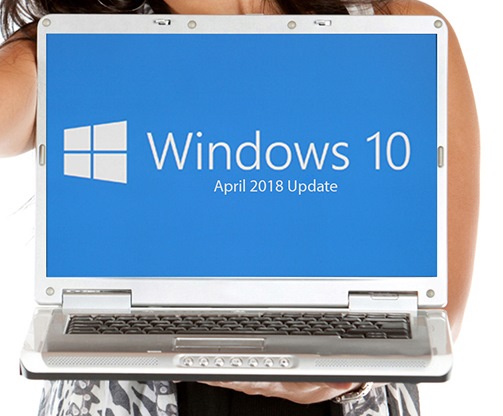 The rollout of Windows 10 April 2018 Update was recently blocked to some computers because of problems with certain SSDs. Now Microsoft has issued an update that addresses the issues.

Many people with Intel SSDs who previously tried to upgrade their system to Windows 10 April Update found that their computers crashed or were thrown into a reboot loop. Others with Toshiba SSDs reported problems with reduced battery life. Both of these issues are said to be resolved in KB4100403. Installing this patch take Windows 10 up to version 17134.81 which Microsoft says can then be updated:

To get Windows 10, version 1803, we encourage you to wait until the update is offered to your device. Starting May 25th, if you're an advanced user on an actively serviced version of Windows 10 and would like to install Windows 10 version 1803, you can manually check for updates. In the Search tab, type "Settings". On the Settings page, navigate to Update & security > Windows Update > click "Check for updates", which will include this resolution.

The patch also address a number of other issues, including: