Microsoft has the patent for a thinner, re-designed USB-C connector 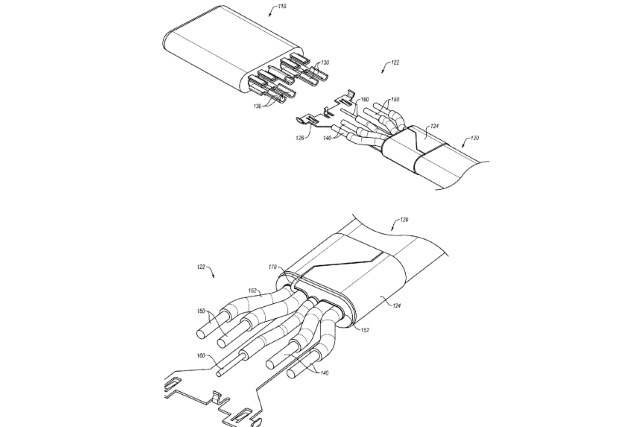 It is a slow process, but USB-C is gradually becoming more and more popular -- although it's a long way from ubiquity yet. Ready to rock the boat a little, it has emerged that Microsoft holds a patent for a redesigned USB-C connector.

The patent is not brand new, but Microsoft's May 2017 filing for an "Ultra-Thin USB-C Connector" has just come to light. Another patent filing from April 2017 describes a new "USB-C Plug Receptacle". While the redesign is hardly going to set the world on fire, it's the sort of thing we could well expect to see in a refresh Surface lineup.

The patents were first spotted by Windows Latest which notes that by making the USB-C port thinner, Microsoft would be able to trim some bulk from its devices. While Microsoft is yet to say anything official about any new Surface device, there are rumors aplenty that there are new devices in the pipeline, it's entirely possible that this USB-C connector redesign could see the light of day when they launch.

The patent describes how the redesigned connector would look:

The earlier patent shows how the housing a fixing of the USB-C port could be resigned to make it -- and therefore devices including such a port -- thinner:

But while many people would be happy at the idea of a thinner port and more svelte connectors, the question is, will they be happy at the introduction of yet another type of cable to carry around? Although Microsoft's redesigned port would be compatible with existing USB-C cables, the thinner design would be rather spoiled by plugging in the current chunkier versions, after all.