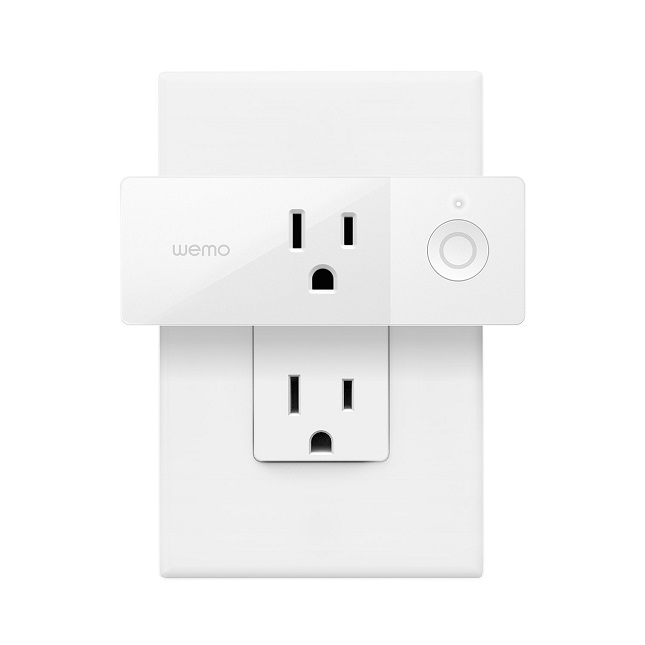 This probably won't surprise you, but I am a huge "smart home" proponent. I have a couple of Echo Dot voice assistants, a Nest smart thermostat, several Wi-Fi security cameras, and I am even in the process of testing a smart sprinkler from Rachio.

One of my favorite smart home devices, however, are my Wemo Mini Smart Plugs. If you aren't familiar, these are devices that plug into a power outlet. You then plug something into the Wemo. For instance, mine are connected to lamps, so using my phone or tablet, I can easily turn on/off the lights using the Wemo app -- even remotely. Thanks to Alexa support, I can control my lighting by voice too! I can say "Alexa, turn on the living room lamp,"  and like magic, it does!

Thankfully, starting today, Wemo begins rolling out a software update for its Wemo Mini Smart Plug that makes it work with Apple HomeKit -- no bridge needed! Unfortunately, the prior generation Wemo Smart Plug (not "mini") will not get this update.

"With this software update, Wemo Mini Smart Plug customers can add their Mini devices to the Apple Home app and have Siri control their devices and what’s plugged into them. Users can include the Wemo Mini into scenes and rooms to work with more than one hundred other HomeKit compatible products and access them while on the go," says Wemo.

The company also says, "The update to enable HomeKit on Wemo Mini Smart Plugs will begin rolling out today and will be available to all customers by the end of next week. The update includes a new Wemo app available via the Apple App Store for download (at no cost) that will facilitate a firmware update for Wemo Mini Smart Plugs. Wemo is also looking into providing HomeKit capabilities in other new Wemo products such as the Wemo Dimmer Light Switch coming later this year."

Wemo shares the following benefits of this new HomeKit compatibility.

If you don't see the software update right now, don't panic. It is slowly being rolled out -- you will get it eventually. Keep in mind, if you aren't invested in Apple's ecosystem, HomeKit isn't anything to get excited about anyway. In other words, if you don't own any iOS devices, this update won't really benefit you.