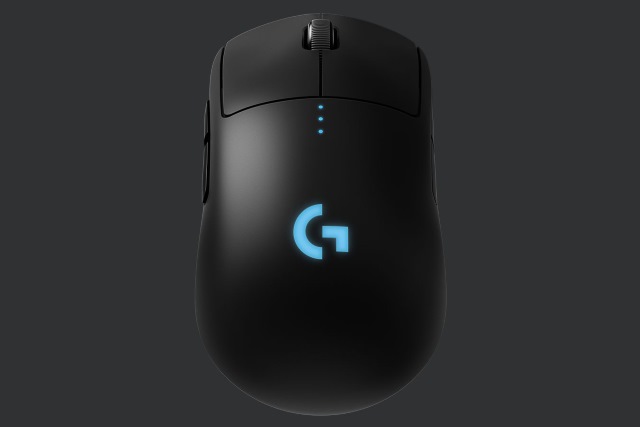 Speed, accuracy and weight are all important factors when it comes to gaming mice, and this is something Logitech has taken into account over the two years it spent designing and building the Logitech G PRO Wireless Gaming Mouse.

Using LIGHTSPEED wireless technology, Logitech says that it is able to offer a lag-free gaming experience -- something which is generally not possible with a wireless mouse. Logitech is keen to point out that more than 50 professional gamers were involved in the design of this ambidextrous mouse and claims it is "the only wireless solution that provides pro grade performance and is actively used in tournament play by top professionals".

Weighing in at 80g, the Logitech G PRO Wireless Gaming Mouse is a light accessory, but Logitech says that its innovative endoskeleton design means that it is also very robust. There are six programmable buttons to make your life a little easier. With a 100-16,000DPI sensor, accuracy is high and you can use Logitech Gaming Software (LGS) to customize the LIGHTSYNC RGB lighting.

As esports professionals strive for ever greater speed and accuracy, so too does Logitech G. With the invention of HERO 16K, the next-gen gaming sensor, the world now has a new leader. For PRO Wireless, HERO 16K has been optimized to track insane flicks at speeds over 400 IPS without spinning out. HERO 16K delivers peak performance at any sensitivity with zero smoothing, acceleration, or filtering from 100 to 16,000 DPI. HERO 16K also consumes 10x less power than predecessors, like PMW3366, enabling a lighter battery and longer battery life. Pros require the best, and that’s HERO 16K.

The company shares the following specifications for its latest rodent: