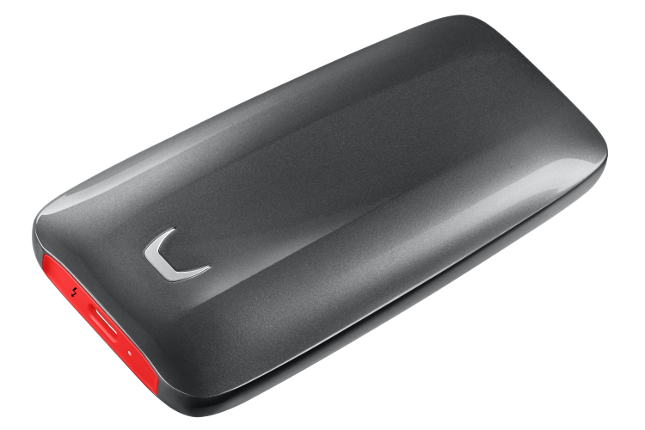 NVMe solid state drives are one of the best PC innovations ever. This storage is insanely fast, making SATA SSDs look slow in comparison. Seriously, folks, a quality NVMe drive will make your computer scream.

Today, Samsung announces a new Thunderbolt 3 SSD that uses NVMe storage. In other words, it is an external drive that matches the ultra fast speeds found in internal variants. Called "Portable SSD X5," it will be sold in three capacities -- 500GB, 1TB, and 2TB. Not only is it fast, but quite beautiful too. As you can expect, the X5 is very pricey.

"Leveraging synergies between NVMe and Thunderbolt 3 technologies, Samsung’s X5 delivers maximized performance levels for professionals working with heavy multimedia files. Thanks to Thunderbolt 3’s 40Gbps bandwidth – up to four times faster than USB 3.1 – the X5 offers a read speed of up to 2,800 MB/s, which is up to 5.2 times faster than the widely used SATA interface portable SSDs and up to 25.5 times faster than external HDDs. The drive also boasts the fastest maximum write speed of 2,300 MB/s, enabling users to transfer a 20GB-sized 4K UHD video in just 12 seconds," says Samsung. 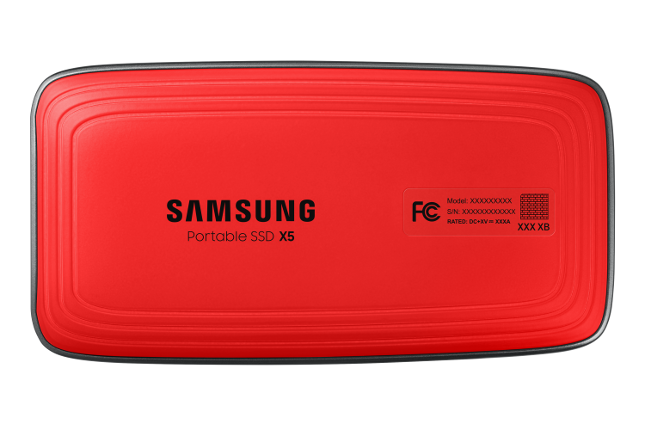 The Samsung Portable SSD X5 will be sold at many retailers beginning September 3. As stated earlier, the cost is quite high. The 500GB model is $399.99, while the 1TB variant is $699.99. The top 2TB model is fantastically expensive at $1,399.99. Of course, you get what you pay for -- these offer blazing fast speeds and very nice capacities. Not to mention, the drive is from Samsung -- one of the most respected SSD manufacturers.

If you would like your own Samsung Portable SSD X5, you can pre-order from Amazon here now.