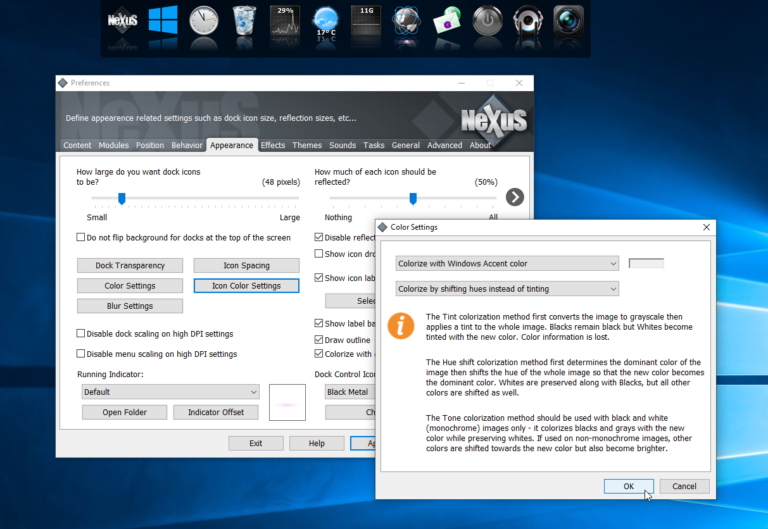 WinStep Software Technologies has announced a $5-10 price rise across its entire range, the first since the company launched in 1999. This follows on from the company’s recent updates to its flagship products with the releases of WinStep Nexus 18.10 and WinStep Xtreme 18.10.

Despite the point release, version 18.10 unveils another raft of significant tweaks and updates, including the unveiling of a new Office theme for productivity-focused desktops.

WinStep’s free dock -- Nexus 18.10 -- gains options allowing users to grayscale or colorise icons, either manually or automatically based on the current wallpaper or Windows 10 accent color. Three methods -- Tint, Hue or Tone -- can be used.

Nexus’ context menus can now also be scaled up to 200 per cent via Preferences > General tab > More Options for accessibility purposes.

Winstep has also improved its handling of hybrid Win32/UWP apps in Windows 10 -- these are regular desktop apps wrapped in a UWP package for installing (and automatically updating) through the Microsoft Store. Now they’re correctly pinned to the dock, ensuring they can be launched properly.

Also added to the free edition is an extension of the snooze range for alarms to 24 hours.

There’s also the promise of improved shelf scrolling in the Ultimate edition.

WinStep Xtreme 18.10 gains all of these enhancements plus the default NextSTART menu has been simplified.