System76 Thelio computer is open source, Linux-powered, and made in the USA 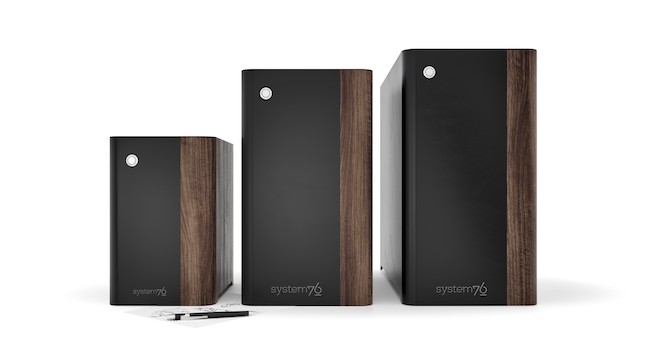 I love when products are made in the USA. Don't get me wrong, I am not against things made in other countries. Hell, it is virtually impossible to live in America and not buy foreign goods. If you look at the tags on your clothes, you will almost never see "Made in the USA." But still, I take pride when a product is made here. For instance, so far in my life, I have only ever owned Ford vehicles. With that said, Ford is moving more and more of its labor to Mexico, but I digress.

Computers made in America are virtually non-existent, but a little company in Denver had a dream to do just that. System76 has long been looking to make a Linux-powered computer in the USA using open source ideology. A lofty goal, which many folks didn't think would ever be achieved. Well, against all odds, today, System76 proves the haters wrong as it finally unveils its much-anticipated Thelio desktop computer. And boy, oh boy, it is beautiful.

"Thelio Systems are designed to be easily expandable, making personalizing the computer a tantalizingly easy process. Slip in drives, add memory, and upgrade graphics cards at will. Additionally, the open hardware design that Thelio is built upon allows the user to easily learn how their computer works and make modifications using this information. Customization is simple to ensure that the computer encompasses people’s needs, as well as their personality," says System76.

The Linux-friendly company further says, "To maximize performance, Thelio is constructed to prevent throttling of all components inside. It achieves this using oversized fans that quietly pull in cool air, while ducts contain heated air and direct it out of the system. The computer’s daughterboard, Thelio Io, is a custom chassis controller that coordinates and optimizes the flow. Moving thermal control to the computer’s daughterboard enables far more granular performance optimization. Operating on open firmware, the OSHWA certified open hardware Thelio Io also provides controls for LED settings and power."

There are three models from which to choose, and all three can apparently be configured with with Intel or AMD processors. This is refreshing news, as historically, System76 machines were an Intel-only affair. AMD has been more friendly to the Linux community over recent years, so I am happy to see System76 giving that option too.

I know what you are thinking -- is the Thelio truly open source and made in the USA when it uses proprietary Intel and AMD processors and the components are made overseas? Fair point. System 76 quotes the Open Source Hardware Association which says, "Open source hardware is hardware whose design is made publicly available so that anyone can study, modify, distribute, make, and sell the design or hardware based on that design." So while Thelio's components aren't 100 percent open source, its design is. 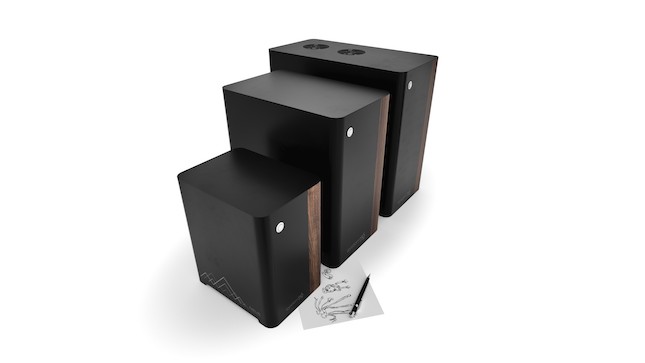 And wow, what a design it is! Each chassis/case looks like a work of art. System76 is offering either walnut or maple wood finishes on one side of the computer, while the opposite matte-black aluminum side is etched with mountains -- very classy. All the corners are rounded too, adding to the beautiful look. Taking detail to a whole other level, the rear fan exhaust grill contains the planets of the solar system. Seriously, folks, the Thelio design is unreal.

If you are ready to join the open source hardware revolution, you can pre-order Thelio starting today here. Pricing starts at $1099.99, but that will obviously increase based on the specs you choose. Keep in mind, however, the computer will not ship until December. With that said, it would be wise to pre-order ASAP -- especially if it will be a Christmas gift.

55 Responses to System76 Thelio computer is open source, Linux-powered, and made in the USA