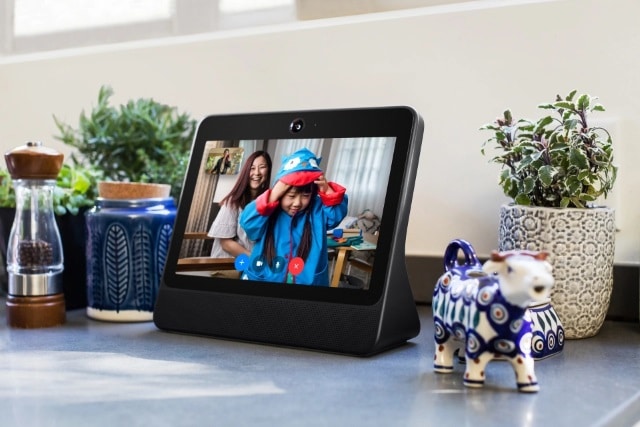 As soon as Facebook announced its smart video calling device -- Portal and Portal+ -- there were concerns about the privacy implications of introducing Facebook hardware with a camera into your home.

The company has already gone to some lengths to try to allay privacy-related fears, clearly pre-empting the concerns people would have. Facebook describes Portal as "private by design", but now it has gone further, using a blog post to stress the privacy and security of the devices, as well as offering reassurances about how data collected through them will -- and won't -- be used.

With very much a sense of "the lady doth protest too much", Facebook has posted an entry on its blog entitled "Portal: Privacy and Ads". In it, the social media giant acknowledges that "there are some questions around Portal privacy and ads" and sets out to address them.

Facebook starts out by saying that it is never able to access calls that are made, points out that they are encrypted anyway, and stresses that the AI technology used by Portal devices runs locally rather than on Facebook servers.

It goes on to say that the way you use Portal may affect the ads you see, and then lists some of the information it gathers from devices and explains why:

For Facebook critics, the company's hand-wringing is unlikely to curry much favor, and questions will continue to be asked about just how sensible it is to invite Facebook into your home so intimately.