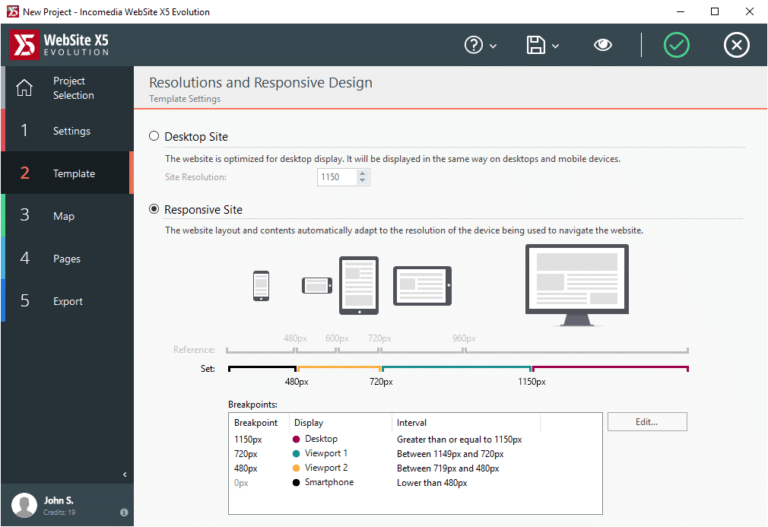 Incomedia has released major new versions of its wizard-driven web-building tool with the launch of WebSite X5 Evolution 17.0. Website X5 Evolution is accompanied by both higher (Professional) and lower (Start) packages.

Version 17.0 is the third major update of 2018, and integrates CSS Grid Layout into a brand new version of its internal page-creation engine. This, Incomedia promises, will mean more speed, flexibility, precision and compatibility for the end user’s web pages.

CSS Grid Layout is used to build web pages using CSS layout techniques, making it possible to position content -- horizontally and vertically -- with greater precision. The knock-on effect is that it makes it easier to make pages adapt to different browsers and devices.

This approach replaces the previous engine, which was less precise and required background resources to perform simulations and update measurements in real time. The promise is that v17 is now both faster and more stable.

Incomedia promises to exploit the feature more fully in later versions, but for now users gain one immediate practical benefit: support for full-width content such as maps or image galleries, which will automatically resize according to the screen or browser they’re being displayed on.

Other new features in Website X5 17 include extending the use of the "Hamburger" menu button beyond mobile to all resolutions. Users also gain the ability to design the button and set its opening speed as required.

A more detailed rundown of these features, along with new features introduced in versions 15 and 16, can be found at the program website.

WebSite X5 Evolution 17.0 is a function-limited demo download for PCs running Windows 7 SP1 or later. 2GB RAM and 1024×600 display required. Pricing starts from $19.99 for the cut-down Start edition; WebSite X5 Evolution 14.0 can be purchased for $79, while Pro licenses cost $229 -- each license covers two PCs and unlimited websites, along with 12 months’ free updates. Time-limited discounts for existing users of up to 40 percent are also available.