Worth waiting for, I get satisfaction from Google Store 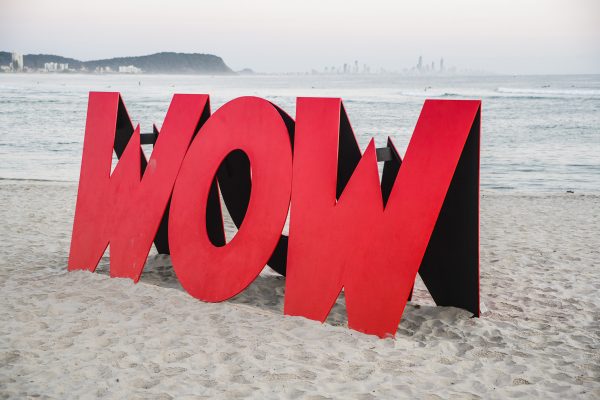 Part 3 of three. My six-week saga, where Google Store sent the wrong Pixel phones, is nearly over. I would like to thank the Advanced Support Technician team member who worked with me to end the drama and restore my (previous) confidence purchasing gadgets from the retailer. The generous solution minimizes any further complications and leaves me with a usable phone—with "Preferred Care" that I paid for correctly attached. Sometimes satisfaction is a process, rather than immediacy.

To recap: The 128GB Clearly White Pixel 3 ordered on launch day arrived on Oct. 17, 2018 as a 128GB Just Black Pixel 3 XL. Uh-oh. I agreed to keep the larger phone, following the online operation's difficulty generating a return authorization. Then, on November 2, I dropped the device and shattered the screen. But Assurant couldn't honor the insurance claim because of the shipping error; the phone covered wasn't the one possessed. Frustrated, days later, I bought an iPhone Max XS from Apple Store but returned it two-and-a-half hours later. My Pixel preference was so great that on Black Friday I purchased another XL with expectation of taking a loss on the first. But when the new one arrived, November 26, the IMEI on the order didn't match the phone. Meaning: In the event of defect, or need for repair, once again there would be trouble. Are you confused yet?

The second fulfillment error undermined my plans to get free of the first misshipment. Instead, the two problems intertwined. I couldn't return the more recently purchased phone because its IMEI didn't match the order. Google Store and Assurant still hadn't fixed the database error that sabotaged extended warranty replacement of the first Pixel 3 XL. I was flummoxed, and customer service support calls spun me around like a Microsoft Windows cursor leading to the Blue Screen of Death.

Light broke through the clouds looming over my buying experience around 10 a.m. PST on November 28 when the aforementioned Advanced Support Technician team member emailed. What set him apart from everyone else to that point: He clearly articulated the situation as he understood and asked me to confirm correctness in that first communication and others that followed. There would be no misunderstanding about a series of errors, which my recap oversimplifies, by the way. He proposed a solution that made the most sense to me: Keep the second phone and return the damaged one.

Otherwise, returning the second Pixel 3 XL could be complicated by the IMEI mismatch. Even if not, sorting out the database error that led Assurant to deny the claim for the first phone would eventually mean getting a replacement and sending back the shattered-screen XL. In which instance, I would end up shipping one for refund and the other as repair-warranty swap. Cost to me would be $99 deductible, for the latter return.

Google Store has agreed to take back the damaged phone—which, if you are keeping track is the black XL that was supposed to be a white Pixel 3. I will received a full refund, with no restocking or other fees applied; that means no $99 deductible, either, since Google Store is taking back the device directly rather than there being a claim processed through Assurant. While there is some savings to me, which is greatly appreciated, the plan makes sense for being simpler. As I explained to the Advanced Support Technician team member: "Fewer steps diminishes chances of some other unexpected mishap".

In another email, he asked to confirm that the white Pixel 3 never arrived. What about Pixel Stand, which shipped as part of the same order? I answered: "You're right that I never received the white Pixel 3. My question: Who did? There must be accounting of it somewhere. Yes, the Pixel charging stand arrived with the black Pixel 3 XL that was supposed to be a white Pixel 3. That was another reason for my being puzzled by the fulfillment error: Two items in the same shipment order; one correct, the other not".

He answered in the next email: "On our end it looks like some things were mixed up in the packing and distribution center. We're in the process of tracing the problem now. My best guess at this time is that someone put your order information on someone else's order, and their information on yours. However, if the correct devices were to show up at some point, you may keep them, or contact me again for help to return them. I just need to note that the missing phones have no warranty support as they have been marked as lost or stolen". That's a generous offer, but I don't expect to see either Pixel.

As I write, the Black Friday-purchased Pixel 3 XL is still boxed. Hopefully, there will be no problems when I break the seal and connect to the damaged device to copy data. Preferred Care transfer process has already started. "I'll let you know once that's resolved", the Advanced Support Technician team member promised. "Then we should give it a few days, and check with Assurant to make sure they reflect the change".

He also emailed the RMA and shipping label, with correct identifying IMEI. Assuming there are no problems with the newer phone—and none is expected—I will send back the older device tomorrow.

I remain baffled by the misshipment sequence of events. I pulled out the Pixel 2 and Pixel 2 XL purchased earlier in the year, and the IMEIs match the orders. Same applies to the Pixel Slate delivered two days ago. To date this year, I have purchased more than 20 items from Google Store—some consolidated into one order—and until these smartphones there were no errors. Purchasing process is straightforward and shipping typically is prompt. I couldn't complain.

In July, I started a major migration from Apple platforms to Google's. So frustrated by the weeks of hassle trying to correct a shipping error, I was ready to return to the fruit-logo company's embrace. Hence, the short-time iPhone XS Max purchase. But my overall satisfaction with the Google platform lifestyle and previous good experience with the company store compelled me to push ahead, even when doing so seemed illogical. Insanity.

A few, final steps remain before the misshipment drama is surely memory. But I am happy to be a Google loyalist. Not a fanboy. Just someone who recognizes and appreciates the benefits of the understated digital lifestyle.

11 Responses to Worth waiting for, I get satisfaction from Google Store