I declare independence from Apple (and mean it this time) 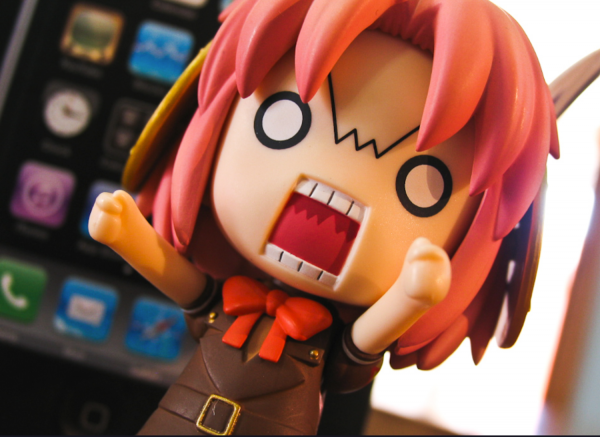 Six years ago today I penned my personal Declaration of Independence from Apple, nearly a month after pledging to boycott the company's products and services—and I did, only to quietly stop six months later. They say history repeats, eh? On this July 4th, I forsake the fruit-logo company once more. From Apple I return to Google, choosing one digital lifestyle over the other—and not for the first time, as some commenters will be quick to argue.

Past to present: By summer 2012, I viewed various patent assaults by Apple against Samsung and others as competition by litigation, not innovation. Weighing on my decision in 2018 is a newer—and more aggressive—attack against Qualcomm, which headquarters are in San Diego (my city of residence). While a Qualcomm customer, Apple also is a fierce chip competitor that seeks to bolster margins by paying less for patents—and by invalidating or diminishing them, destabilize competition from the Android Army.

In January 2013, I ended the boycott. Among the reasons: Hashtag #boycottapple trended regularly across social media and too often enough associated with my name; I hadn't planned on leading such a movement and quietly abdicated. This time though, as I walk away, perhaps #boycottapple is the right meme, given the company's market capitalization (currently $894 billion), industry dominance, and stifling innovation.

For the past 27 months, I have been a fairly loyal Apple user. That said, I gave up my Pixel lifestyle—whether Chromebook, smartphone, or tablet—somewhat reluctantly: for three simple reasons that aren't as important now.

I abandoned Google lifestyle products in March 2016, after happily starting that year using Chromebook Pixel LS, Pixel C, Nexus 6P, and Huawei Watch as my primary devices. By January 2017,  I depended on 15.4-inch MacBook Pro with Touch Bar, iPhone 7 Plus, iPad Pro 9.7, and Apple Watch 2.  By New Year's Day this year, I continued with the same laptop but swapped the other devices for iPhone X, iPad Pro 10.5, and Apple Watch 3 LTE. Now they're gone or soon will be.

Had a Google Chromebook been available for sale a year ago when I tested Google Pixel XL, perhaps the changeover would have come sooner. But there wasn't, and Pixelbook didn't impress when released several months later. Besides, by then, my wife and I each owned a sparkling new iPhone X. The smaller size, facial recognition, and gestures hugely appealed.

The decision to switch didn't just happen. Like suddenly blossoming Spring, change had been budding for many months, as the cold winter ways of my mind responded to nurturing warmth and water. Stated another way, and correcting Apple co-founder Steve Jobs' grammar, I think differently.

I acted when Google Father's Day buying specials on Pixelbook and second-gen Pixel smartphones arrived around Apple's developer conference, which disappointed with same old "products without purpose", or as I professed in September 2015: "Where once Steve Jobs filled niches and created new categories, CEO Tim Cook and company create new Apple ware for which there is little to no need whatsoever".

Meanwhile with Google: Assistant is smarter than ever; Star Trek-like computing is an ever-expanding utility; and artificial intelligence advancements make search and cloud-backed services more meaningful, particularly for very personal activities—with photography high among them. Or so that was my impression looking from the wayside.

Google's $250 Dad's day discount for the entry-level Pixelbook pulled me in—and something about the decision and process reminded me of buying the original iMac from CompUSA in December 1998. After hemming and hawing for several days, scouring professional and everyday-user reviews, and experimenting with Pixelbook in store, I walked out of Best Buy with the Core i5, 8GB RAM, 128GB SSD model on June 7, 2018.

Four days later, I ordered, from Google Store online, two smartphones: Pixel 2 for my wife and the XL for me. She wanted similar size to iPhone X, even if giving up screen real estate. I chose higher display resolution, while grudgingly accepting larger device. All that said, the Androids quickly satisfied.

About the transaction: Verizon had a buy-one, get-one free promotion that initially appealed but would require activating another line of service and, unless I misunderstand, committing to 24 months of payments. By contrast, Google Store offered very attractive trade-in values that would be about as much as I could get selling the Apple smartphones locally. The company sent shipping boxes, accepted the devices for quoted price, and credited my American Express card the amount in about 24 hours. Now that's service! Something else: Google's XL promotion included a free Home Mini and $150 Play Store credit.

Father's Day promotions opened a door I had already been thinking to enter. Among the reasons:

I waited for the Pixel phones to arrive before making major changes; meanwhile, I ordered another Pixelbook. The decision was painful because I wanted to spend, and did, more than necessary. Rather than getting the $750 laptop, I ordered the high-end i7, 16GB, 512GB model from B&H Photo. Reasoning: Photo editing, and physical size of the full-frame RAW files. Practically speaking, however, the two Pixelbooks feel equally briskly responsive to me.

1. When cleaning up my wife's MacBook Pro, I found tucked behind the browser an open installation window for MacKeeper, which I consider to be malware. By looking at the browser history, I discovered that the application somehow downloaded when she visited a CBS news affiliate to read a story about the raccoon that scaled a skyscraper in St. Paul, Minn. Timing couldn't be coincidental, with security-over-privacy being a primary reason for switching platforms.

2. Two days earlier, with the Pixels still en route, my wife expressed frustration about the keyboard space bar becoming nearly unresponsive. There had been moderate misbehavior right out of the box, in November 2016. But annoyance had turned into uselessness. Again, such strange coincidence, with her about to change laptops and Apple days earlier commencing a keyboard repair program. Yep, I will send her MBP in for a fix before selling it.

As expressed earlier, I gave up the Google lifestyle 27 months ago with some reluctance. Besides the aforementioned reasons, I legitimately surmised that Chromebook had little future beyond the education market. But the company continues to improve by iteration the user experience and extended utility of all its platforms and services.

More importantly, Google gets voice, while Apple obsesses about touch. The first is future computing, the other is the past. Meanwhile, the fruit logo company's product strategies preserve the status quo and the lucrative revenue streams sustaining it. By contrast, the information behemoth builds from its existing strengths products and services with wider appeal to more people. The biggest asset of all is the enormous data cache and its artificial intelligent applications.

Over the weeks ahead, I will write about my impressions using the Pixel devices and the process of Apple repairing the bum keyboard. But on this day, I am largely satisfied with the decision. No platform is perfect, and, sure, I have some gripes for Google. That said, the user experience is so straightforward and efficient on Pixelbook compared to MacBook Pro, I find using the latter increasingly displeasing during the transition.

Declaration, sadly, is a process to my independence. Our iPhones are gone; Google provides an adapter and app for migrating data, which made the process easy-peasy. My wife and I have switched to Google mail, photos, and other services. Her stuff is all synced up, and I will factory restore her MacBook Pro before taking it in for keyboard repair. My content situation is more sticky—caramel candy on Apple—that will take a little longer. But I should be finished sometime during the next week. I am being methodical, to ensure nothing is mistakenly left behind and so lost.

It's great to be back, but that's topic better left for a follow-up story.