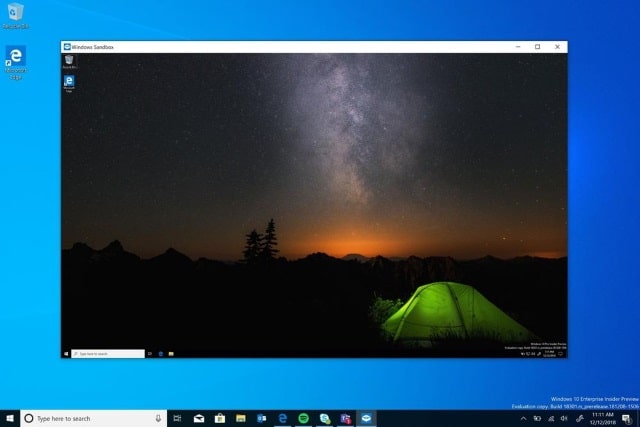 Microsoft has announced an upcoming security feature which it hopes will take the fear and risk out of running unknown software. Windows Sandbox is an isolated desktop environment which functions much like a virtual machine; any software installed to it is completely sandboxed from the host operating system.

Aimed at businesses, enterprises and security-conscious home users, Windows Sandbox will be part of Windows 10 Pro and Windows 10 Enterprise. It is not clear exactly when the feature will debut, but it could make an appearance in Windows 10 19H1 next year.

Microsoft says that in order to use Windows Sandbox, you need to be running Windows 10 Pro or Enterprise build 18305 or later -- which is not yet available. Once you have access to this build, however, you will find that the security feature is built into the operating system, and can be enabled through Windows Features. You will also need to enable virtualization in your BIOS.

The company touts the following features of Windows Sandbox in a detailed blog post introducing the new feature:

For more details, take a look at the post on the Windows Kernel site.