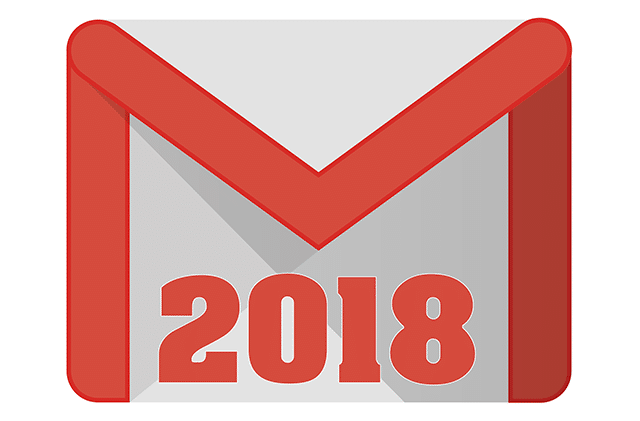 2018 is has come to a close. Many experts are making predictions for 2019, but I think it’s important to learn from the past.  Let’s take a look back at all of the major email industry events of 2018.

There were plenty of changes amongst mailbox providers that kept marketers and deliverability professionals busy. Providers like Gmail and Oath (AOL, Yahoo and Verizon mail) went through significant changes this year, including:

Mailbox providers are putting users first by enhancing the inbox experience. The relationship between brands and end users is being strengthened by new features and inbox functionality designed to improve efficiency.  For example, in November, Yahoo unveiled an unsubscribe feature for their mobile mail app on iOS and Android allowing users to stop receiving emails without ever having to leave their Yahoo inbox.

2018 was a big year for Gmail, beginning with its fourteenth anniversary on April 1, celebrated with a big redesign of Gmail. The redesign was named "the new Gmail," and it created features for users to increase productivity and security directly from the inbox. Gmail now includes innovative functionalities like "offline mode," hover-over actions, improved GSuite app sidebar, enhanced security notifications, "confidential mode," and "nudging." It also added features first seen in Inbox (which will be gone soon) like "smart replies," powered by AI, and "snooze," which lets users ignore an email until a later time. In October, the new Gmail permanently replaced the legacy interface after a global phased rollout.

Microsoft’s Outlook.com and Office 365 mail platforms continued their server migration and consolidation in 2018. Early in the year, Microsoft updated their spam complaint trigger process to include initiating a spam report if a user moves a message from the inbox to the junk folder, even when using the IMAP client. Recently,  Microsoft announced a new Outlook.com experience, the Microsoft business profile experience, to help users more easily identify and interact with brands’ emails in their inbox. This gives customers the opportunity to become a verified business with Microsoft, earning them a blue check mark icon from Outlook.com.

A major focus of 2018 was improvements to security and increased trust in the email channel. The European privacy regulation, GDPR, dramatically changed how personal data is collected, stored, and used. It was finally enforced on May 25, 2018, empowering consumers to take a more active role in protecting their data rights. In June, the US passed the California Consumer Privacy Act (CCPA), which aims to strengthen consumers rights to manage the use of their personal data, much like GDPR. South America also joined the party when they introduced Brazil’s General Data Protection Legislation (GDPL) this year.

Global privacy trends are moving toward stronger personal data rights for individuals, according to Matthew  Vernhout, an email privacy expert, making this the perfect time to utilize the privacy by design principles in all projects. The US Department of Homeland Security’s mandate for all federal entities using .gov domains to have a DMARC reject policy went into action on October 16. After October 16, 81.6 percent of government agencies were at the prescribed level of security, with an additional 6.6 percent having at least some DMARC policy in place. Mailbox providers also took the step to implement and update their DMARC records, with Apple advancing their DMARC policy to a quarantine status for select domains (icloud.com, mac.com, and me.com) in July.

More and more attention was given to consumers’ email data and privacy. In July, The Wall Street Journal wrote about hundreds of mailbox apps and companies (like Edison Software and Return Path) cashing in on scraping email content and inbox behavior of millions of Gmail, Microsoft, and Yahoo users, and unveiling the behavior’s significant privacy violations. In October, Google responded by announcing plans to strengthen its API user data policy, creating uncertainty about email panel data and products relying on this questionable practice.

The Wall Street Journal followed-up to Google’s response by saying, "Google’s shift illustrates the tradeoffs tech giants face as they try to maintain an ecosystem of apps offering potentially attractive services and to ensure ironclad data protections for users."

On a related note, news broke that OATH (Yahoo, AOL, and Verizon mail) is scanning their users’ commercial emails for targeted advertising, a practice Google ended for Gmail in 2017 after backlash and class action lawsuits over the tactic.

Data breaches filled headlines throughout the year, including MapMyFitness in March, the massive Facebook data breach exposing 30 million users full profiles in September, Marriott’s breach of more than 500 million guest accounts in late November, and a dramatic rise in business email compromise (BEC) scams. In July 2018, the FBI released a report estimating "between December 2016 and May 2018, there was a 136 percent increase in identified global exposed losses" due to the BEC style scams.

Acquisitions, Changes, and Consolidations in the Industry

More than $40 billion was exchanged through mergers and acquisitions in the martech industry this year, as major ESPs continued to strengthen their competitive position. In one such acquisition, SendGrid was acquired by Twilio after a successful IPO in 2017. The deal took place in October for $2 billion, adding email to Twilio’s communication capabilities. SendGrid’s CEO Sameer Dholakia said the two companies "have always shared a common goal -- to create powerful communications experiences for businesses by enabling developers to easily embed communications into the software they are building."

Most recently,  Upland Software Inc acquired Adestra, a leading provider of enterprise-grade email marketing, transaction and automation software,  in a $56 million cash deal, The rate and price of acquisitions within the industry justify email’s significance. Add in leading-edge innovation improving the end-user email experience, and one can anticipate more acquisition activity in the email ecosystem as providers seek competitive advantages in an aggressive market.

We also witnessed a few blacklist and anti-spam filter changes this past year including the SpamCannibal blacklist finally shutting down in May after being inactive since last summer, and UK-based Tesco.net email service closed down on June 27.

In 2018 the number of email users reached 3.8 billion worldwide. That is an increase of more than 100 million users year-over-year, proving email might not be dead after all.

This year the email marketing community celebrated the 40th anniversary of the first unsolicited marketing email (spam) sent by Gary Thuerk from Digital Equipment Corporation. While the creation of spam might not seem worthy of a party, Gary (the father of spam) was onto something: Email could be used to promote a product or service. Four decades later, email marketing has a median ROI of 11 percent, which is four times higher than any other marketing channel, according to a study by the DMA.

We also witnessed innovative features and functionality this past year, including:

"Oath’s trials with BIMI are progressing, security is being finalized, and I expect a significant acceleration of BIMI in 2019," predicts Seth Blank, director of industry initiatives at Valimail and current chair of the AuthIndicators Working Group developing BIMI. "As we turn the page from initial trials to meaningful adoption, 2019 is poised to be the year of BIMI."

2018 was a big year for the email industry. Mailbox providers, email vendors, authentication, privacy, and legislation all saw changes. Email continues to reinvent itself and adapt to the ever-changing marketing landscape and innovation in communication technology. Marketers are riding email’s vitality, coming up with fresh ways to leverage the power of email to connect with their subscribers in creative ways to drive revenue. If this past year was any sign of the potential future of email, I am ambitious about the opportunities for email in 2019! 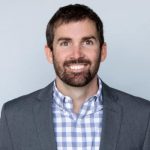 With more than a decade of email experience, Anthony Chiulli embraces educating and advising email marketers on the latest trends and insights within the email industry. In his work as Director of Product Marketing at 250ok, Anthony oversees launching new products and services through participating and influencing go-to-market strategies, supporting collateral, and brand evangelism. Before joining 250ok, Anthony served in a number of leadership roles at Salesforce, including Deliverability Practice lead and Associate Principal of Deliverability Services.