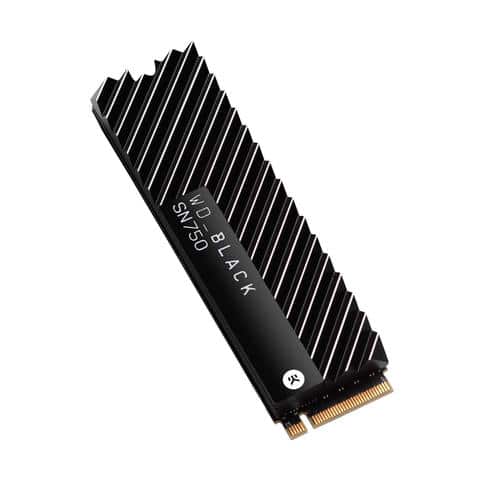 NVMe solid state drives are quite incredible. They offer insane speeds that put SATA SSDs to shame. With that said, many -- if not most -- consumers do not really need such performance. In other words, if your PC already has a 2.5-inch SATA SSD, it probably isn't worth upgrading. Simply put, your real life performance gains will be negligible. With that said, if you need a new SSD, and your computer is compatible, it would be foolish not to go NVMe -- prices have gotten quite affordable.

Today, Western Digital unveils its latest NVMe drive, and it looks wonderful. The "WD Black SN750," as it is called, features several capacities and price points, making it achievable for most consumers -- even those on a budget. Best of all, you can opt for a variant with a heatsink, which will cool it down, and in theory, prevent throttled performance. Why wouldn't you want the heatsink? Depending on your computer -- laptops in particular, although some desktops too -- it may not physically fit.

"The second-generation NVMe SSD to be built on Western Digital’s own 3D NAND technology, firmware and controller, the WD Black SN750 NVMe SSD features a vertically integrated SSD platform designed to maximize NVMe SSD performance for gaming and hardware enthusiasts looking to build or upgrade their gaming PC or a custom PC. Delivering exceptional sequential read (up to 3,470 MB/s for 500GB and 1TB model) and write performance (up to 3,000MB/s for 1TB model), combined with large capacity, the new drive reduces the time required for users to access their programs and files, load games and transfer large games, 4K/8K videos and other data-intensive content. Additionally, the SSD features up to 515,000 random-read and 560,000 random-write IOPs (for 1TB model) for extreme throughput, allowing the SSD to manage multi-threaded applications and data-intensive environments," says Western Digital. 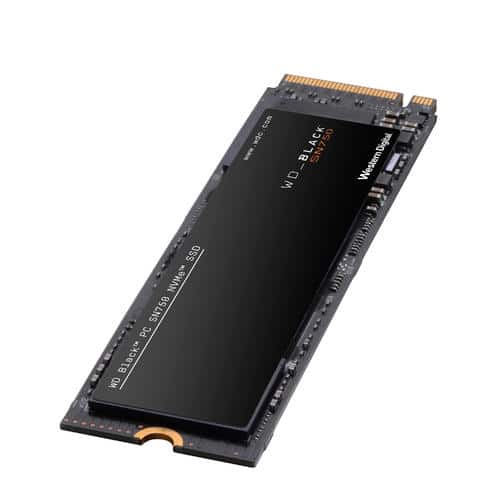 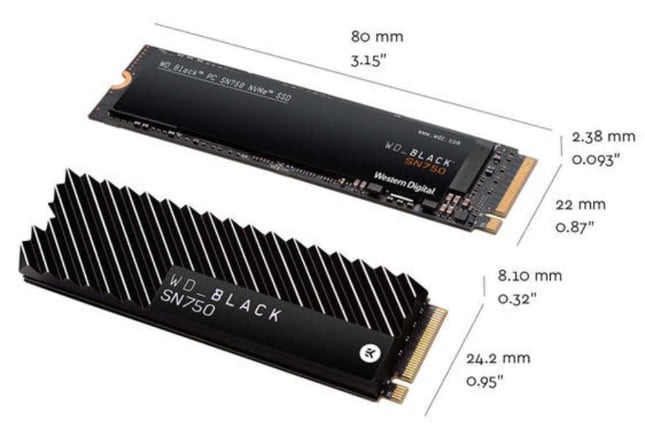 Like I said earlier, the prices vary based on capacity, ranging from affordable to expensive. For example, the 250GB (without heatsink) model is only $79.99 (although it seems to cost $10 more online), while the massive 2TB (without heatsink) variant is a pricey $499.99. These drives (without heatsink) are available immediately from Western Digital directly here or from Amazon [amazon_textlink asin='B07MH2P5ZD' text='here' template='ProductLink' store='betanews02-20' marketplace='US' link_id='63a4ded3-e78a-4d80-825c-cc5a387d1560'].

The heatsink models will be offered in the same capacities minus the 250GB model. These cannot be had now, but Western Digital promises they will hit stores in the spring of 2019.