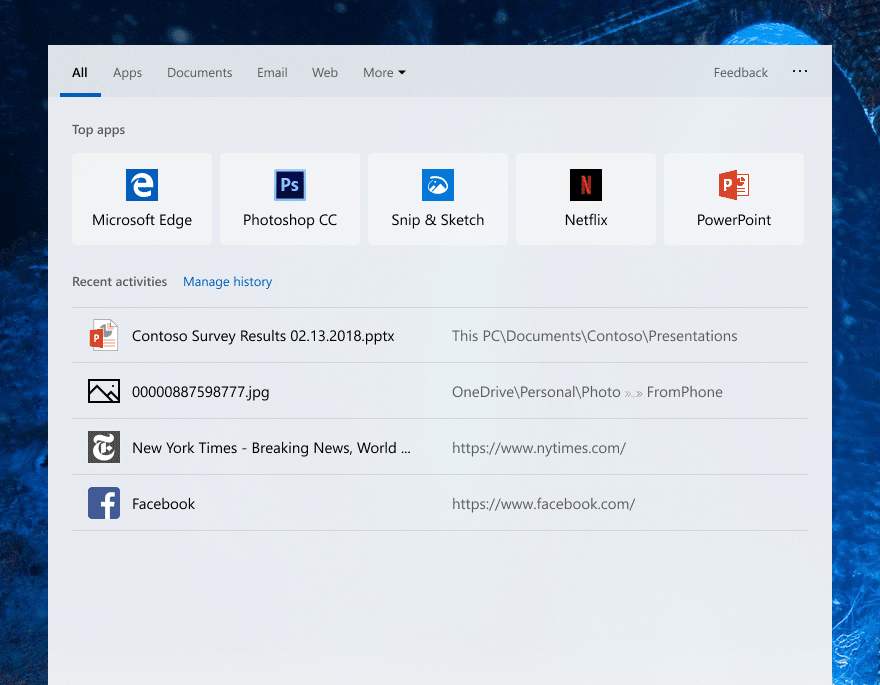 Another week, another new Windows 10 build rolls out to Insiders on the Fast ring (although not for users in certain parts of the world -- more on this later).

First up is 'Top apps' in Search. When you open Search you’ll now see your most frequently used apps listed at the top, so you can just launch the one you want (see image above).

In this build you can now also run Desktop (Win32 apps) in Windows Mixed Reality. Microsoft lists Spotify, Paint.NET, and Visual Studio Code as some examples of apps you might want to run, and says you can launch them just as you would Store apps. To do this, open the Pins Panel, then go to All Apps, and open the Classic Apps (Beta) folder.

The Mail & Calendar app has been updated too and is rolling out to Insiders now. Improvements include an expanded Dark Mode and a Default Font option.

This new build is not available for the following languages: