Roses are red, violets are blue, Valentine scammers are out to trick you 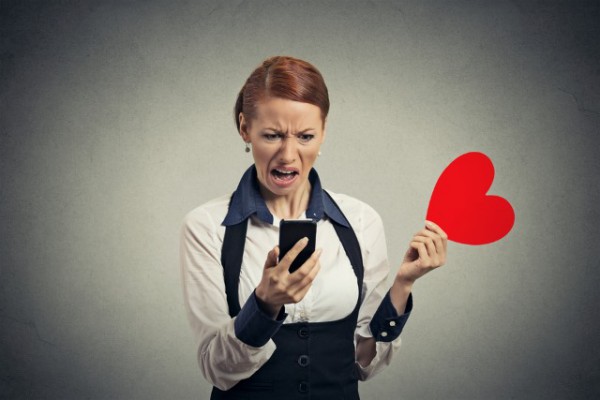 A Nigeria-based gang of scam artists, known as Scarlet Widow, have been using romance scams to trick victims out of large amounts of cash.

Secure email company Agari has uncovered the scam which involves posting fake personas on the largest dating websites like Match, eHarmony, and OKCupid.

Scarlet Widow also targets relationship seekers on more specialized sites, such as Dating4Disabled.com, FarmersDatingSite.com, and DivorcedPeopleMeet.com, and uses sites for people seeking partners in the US military, including MilitaryCupid.com.

Fake personas used include 'Laura Cahill,' a Texan model working in Paris; 'Starling Micheal,' a handsome United States Army captain stationed in Afghanistan, whose perfect woman 'has a trusting mind to fall in love;' and 'Lisa Frankel,' a Norwegian saleswoman eager to visit the United States, looking for an 'honest and caring man to date and have as my future husband.'

According to Agari, a Texas man was conned out of more than $50,000 by 'Laura Cahill.' The romance existed only by email, as the two never met or spoke on the phone. But the man opened a joint bank account that let her con him out of tens of thousands of dollars, despite the warnings of his friends and family.

"It is important to raise awareness about romance scams since its victims are often too embarrassed to report the crime," says Crane Hassold, senior director of threat intelligence at Agari. "Romance scams are devastating for its victims, who may suffer great financial hardship and psychological trauma as a result."

When one of the fake profiles receives an initial response, the scammer sends a message talking about their faith in God and the importance of trust. Eventually this leads to a request for money, in Laura’s case so she can, 'leave her modeling position in Paris and travel back to the United States' to meet her suitor. Of course once the victim pays up there are inevitable excuses about how the plan has fallen through, usually with requests for more cash.

"Dating scams are particularly dangerous and effective because of the numerous data breaches on dating websites that have occurred over the last couple of years," comments Web security company High-Tech Bridge's CEO Ilia Kolochenko. "On such dates as St Valentines Day click-rates for a well-prepared spear phishing campaign may be as high as 100 percent."

You can find out more about the scam and how it works on the Agari blog.

6 Responses to Roses are red, violets are blue, Valentine scammers are out to trick you