Prediction #2 -- And then there were only 3.5 VPC Cloud players. Cloud computing will continue to grow in 2019 with the key term being not Public Cloud, Private Cloud or Hybrid Cloud -- which are all so 2018 -- but Virtual Private Cloud (VPC). Virtual Private Cloud is an Amazon Web Services (AWS) invention but all the AWS competitors seem to be embracing the idea.

What has developed is that the VPC solution based on Open Source using Linux will change the Internet-as-a-Service (IaaS) Cloudscape to VPC-only during 2019.

The first thing to notice here is the small number of competitors. A similar chart from 2017 listed at least a dozen. So what happened? They pulled-out of the Gartner analysis.

It’s not that these companies are out of business, but they appear to have ceded the segment to these six. 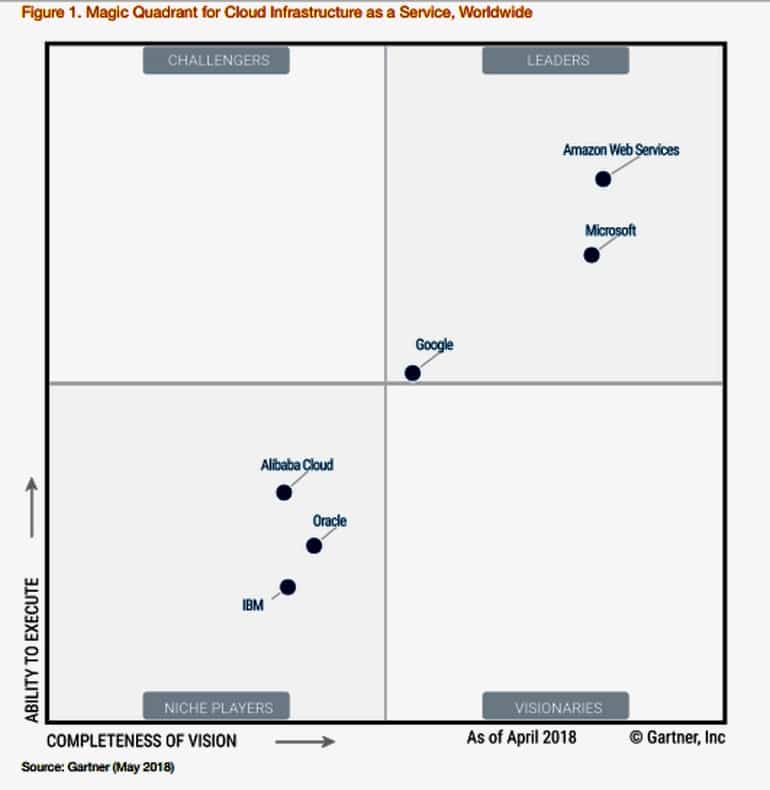 For those unfamiliar with Gartner’s Magic Quadrant concept, the winners are always in the upper right box, which in this case is to say that Gartner views IBM, Oracle, and Alibaba as cloud losers.

For IBM and Oracle I’d say this is true and I’ll explain more about that in Prediction #3, but in the case of Alibaba I think Gartner has it wrong. BABA may well have what’s right now an uncompetitive cloud offering, but as the only Chinese company in the chart they will not be allowed to fail. Political pressures are so high that Alibaba will push forward with its cloud offering no matter how much it costs or how little it earns.

The winners would appear to be AWS, Microsoft and Google, but notice that strange position for Google. Remember this was months ago before Google Cloud got new management, but the company still remains ambivalent about being a cloud vendor, no matter what it says.

Google’s largest cloud customer will always be Google and that will inevitably lead to poorer service for outside customers. That’s why I think of Google Cloud as half of a player.

Feel free to prove me wrong by delighting customers, Google.

For Amazon, their margins will decrease, but the competitive advantage of being the biggest innovator who started first will continue to be large. AWS is the CSCO of Cloud.

For Microsoft, the issue is what about MS Server with its own hypervisor? That was to battle VMware. But VMware does not have a VPC offering to knock out. My guess is Dell does not have the capital after the buy-out of DELL and EMC and is ceding the segment.

For Google, I don’t see the marketing effort to help clients migrate. Lots of handholding is needed that IBM and Microsoft are happy to provide. Google does not understand customers whose IQs are sub-200. As such, Google doesn’t have (and likely won’t) have a history of winning outside of search advertising.

For IBM, their VPC roll-out is coming in the next month or two, but it’s more marketing than an actual product. Big Blue simply has no capital to build out a unique offering.

And Oracle? Well the new head of Google Cloud came from Oracle, where not enough was happening.

For 2019, then, AWS will continue its cloud domination. Taking a longer look out several years (I’m getting out of this racket, remember?) the VPC market will settle into #1 AWS, #2 Alibaba (because they own China), and #3 Microsoft. All the others will eventually disappear. Remember you read it first here.

Prediction #3 -- The Department of Justice and/or the Federal Trade Commission will try to make Amazon spin-off AWS.

There’s not much explaining required here. AWS IS moving toward having cloud monopoly power, if they aren’t there already. Worse still, the larger customers of AWS (those not operating on a credit card) generally hate Amazon because of its ruthless business behavior. They are sharks and proudly so. I explained this awhile back and got a very stern phone call from Seattle, but as you know I don’t give two hoots about such things and simply explained that customers don’t like being bullied. Amazon sounded surprised. 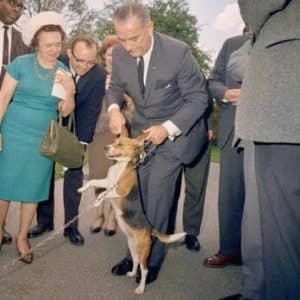 As LBJ said of his habit of lifting his beagles up by their ears: "A yelp is not a sound of pain, it is a sound of joy."

If Trump is still running the show in Washington, DC when all this comes down, of course he hates Jeff Bezos and can think of nothing better than forcing Amazon into a break-up. Ironically I think El Presidente will be surprised when the combined market caps of Amazon and AWS go up substantially, making Jeff Bezos even richer.

Lots of pressure will come to bear in this case from IBM, Microsoft, and Oracle, who are all suffering from a very specific database problem competing with AWS. Each of these companies sells their own database (DB2, SQL Server, and Oracle, respectively) that they’ve rolled into their cloud services. AWS’s RDB, in contrast, is based on MySQL and costs Amazon almost nothing to support, giving the biggest cloud player a clear pricing advantage. Now it’s easy to argue that these companies could do the same as AWS and that they’ve shot themselves in the foot, but don’t expect their lawyers to see it that way.

So 2019 will probably see a federal anti-trust case against AWS that I believe in the longer run WILL result in divestment, though that will be years down the road.