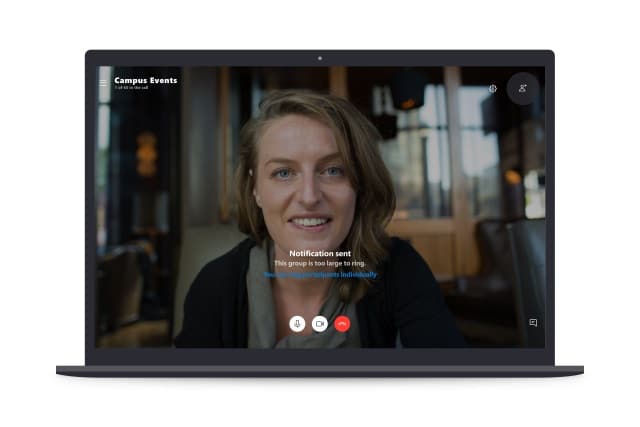 Microsoft has doubled the number of people that can take part in Skype group video calls. For beta testers involved in the Skype Insider Preview, the upper limit increases from 25 to 50.

While this may not be something that the average home user will be particularly interested in, it's something that will be welcomed by business users as it means they will be able to hold larger remote meetings for free.

The change rolled out a couple of days ago, so if you haven't yet updated to the latest version of the Skype beta, now is the time to do so. For now, larger group video chats are only available for beta testers, but it is something that is likely to roll out on a large scale soon.

Announcing the increase in the number of chat participants in the Skype forums, Microsoft said:

We are excited to announce two big changes to group calling in Skype. Before now, Skype only supported calls in groups up to 25 participants -- but today we are supporting calls in groups of up to 50! When you start a call in these large groups, it will send a notification instead of ringing all the members, to not interrupt those who can't join. With this update you will also see that the audio and video buttons are now enabled in these larger groups.

Microsoft also says that it has made ringing optional in an update to the call notification feature. The company explains: "When you start a video call in these smaller groups, we will send a notification to your group (just like in the large calls) but if you still want to ring, you will be given the option once the call has begun".