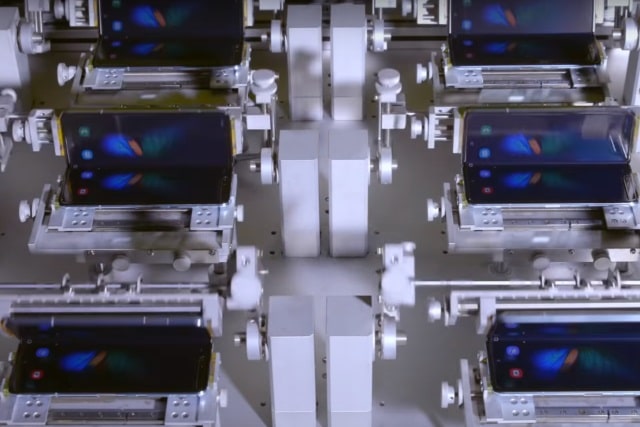 Aside from 5G, it seems that the next big movement in the world of smartphones is going to be folding devices. Both Samsung and Huawei have announced foldables in recent weeks, with each adopting different designs.

As smartphones with folding screens are a new category of device, users understandably have questions about them. What are they like to use? Is the crease visible? Will the screen hold up to continued folding and unfolding? In a new video, Samsung shows how its Galaxy Fold is stress-tested to ensure that it can withstand 200,000 openings and closings.

Given that the phone starts at almost $2,000, potential buyers will be pleased to learn that Samsung has put the Galaxy Fold through its paces, ensuring that it will survive years of use. The company has released a video that shows handsets being tested, and it also gives a good opportunity to see how the hinge operates.

Naturally, given the smartphone's design, a Folding Test was a pivotal part of the Galaxy Fold's durability assessment. This test, which examines whether the Galaxy Fold can outlast 200,000 folds and unfolds (or around five years of use, if used 100 times a day), takes a full week to complete. While the extent of the test may seem like overkill to some, Samsung viewed it as vital to ensuring the durability of device's hinged design and Infinity Flex Display.

Check out the video for yourself: