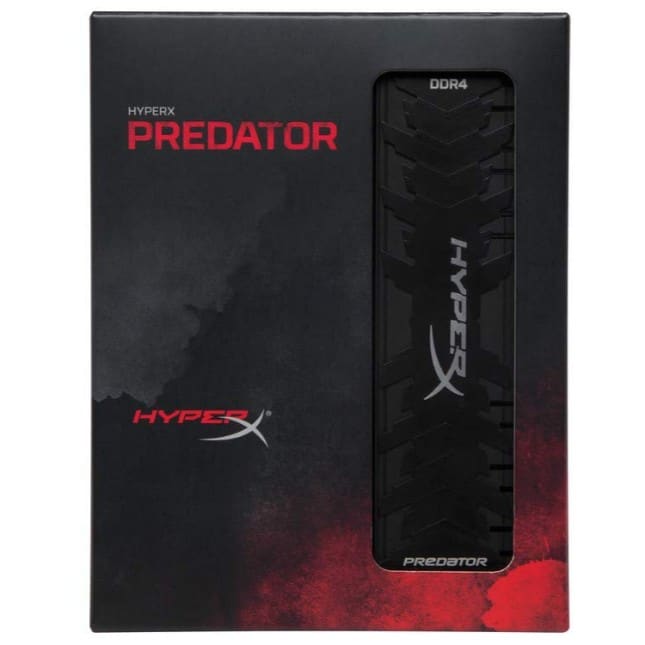 Does RAM speed matter? Well, yes and no. Look, it is a good idea to get the fastest memory that your motherboard supports -- as long as you can afford it. The truth is, the performance benefits from slight increases in MHz often provides a negligible speed improvement. So if you are building a new gaming PC for instance, and you are on a budget, it probably isn't wise to allot too much money for what ends up being nothing more than bragging rights. Maybe focus more on the CPU and GPU instead.

But OK, let's say you are a PC enthusiast without a budget and you do want bragging rights. Well, HyperX has some new RAM that may excite you. Its popular Predator series is getting two new speeds -- 4266MHz and 4600MHz. They will only be sold in 16GB kits -- two sticks of 8GB.

"HyperX Predator DDR4 delivers fast frequencies and low latencies with speeds up to 4600MHz with latencies from CL12-CL19. The Extreme Memory Profile (XMP) allows users to overclock memory beyond standard industry specifications. HyperX memory modules pass a rigorous XMP certification test procedure to be certified. Intel XMP ready and certified profiles are optimized for Intel’s latest chipsets and are compatible with many of AMD’s latest chipsets. The dependable Predator DDR4 offers extreme performance and reliability and is 100 percent factory tested for speed and backed by a lifetime warranty," says HyperX.

Kristy Ernt, DRAM business manager, HyperX explains, "The HyperX team is excited to offer Predator DDR4 for the next generation of PC enthusiasts who want the best performance from their systems. As HyperX continues to support the world of gaming and esports, the community sees us as a trusted leader for high speed memory in the gaming hardware industry."