OnePlus 7 series will be revealed May 14 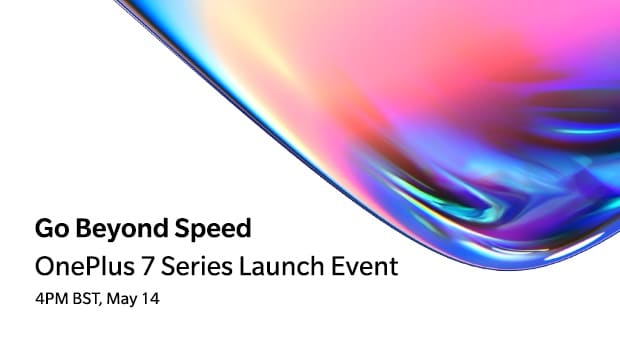 OnePlus has announced that it is going to reveal its OnePlus 7 series on May 14.

At an event in three weeks' time in London, New York, Bangalore and Beijing, the company says it will "showcase the power of all-new OnePlus 7 Series", which is expected to include the OnePlus 7, the OnePlus 7 Pro, and a 5G handset. OnePlus also promises "several surprise announcements".

So what does OnePlus have in store for us? While the company has built its reputation on delivering "flagship killers" year after year, offering top-of-the-range specs for a fraction of the cost of competitors, this time around we can expect to see prices jumping. Part of the reason for a price hike is that OnePlus has spent a vast amount of money on the display technology -- thought to be a "smooth" 90Hz unit -- as CEO Pete Lau revealed:

Indeed, our new product will utilize all-new display technology. We have invested significantly (technology is 3x cost of other flagship displays) in developing the technology just for OnePlus, a flagship screen experience that is truly best in the world. https://t.co/HVDhfI8uDA

It would not be surprising if this year's pricing was more in line with that of the iPhone and high-end Samsung phones.

You can get a tantalizing glimpse of the OnePlus 7 series in this tweet from the company:

Now it's just a matter of waiting...

2 Responses to OnePlus 7 series will be revealed May 14