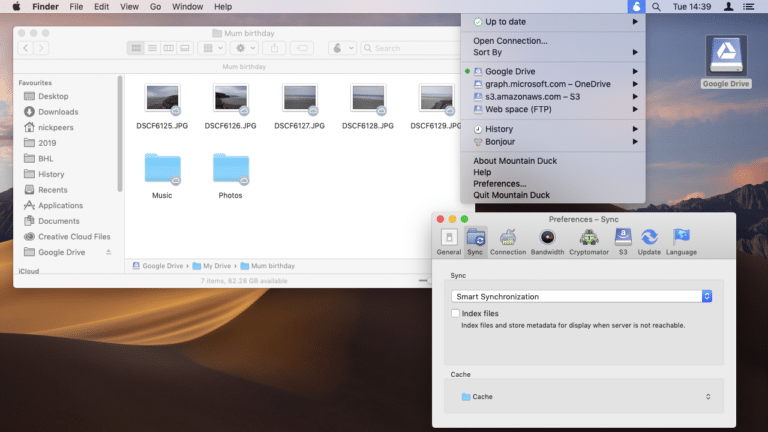 Version 3.0’s headline new feature is "smart synchronization". This basically adds offline support, allowing users to access storage even when not connected. Any changes are then uploaded when the connection is re-established.

The feature works in a similar way to that offered by cloud storage providers like Dropbox and OneDrive. It requires users to mark specific files and folders as being available for offline use -- other files are simply left as placeholders, downloaded on demand to reduce demand for disk space.

A series of badge icons are implemented to aid users in identifying the sync status of files, along with an animated Notification area or menu bar icon. Users also gain options to manually pause and resume sync, plus enable the background indexer to support file browsing when offline.

Custom disk icons for mounted volumes have been added to both Finder and File Explorer, and the bookmark window now allows for password input. Support for 10 languages, including Chinese, Russian, Portuguese and Italian, has also been implemented.

Mountain Duck 3.0 is available as a free trial download for PC (Windows 7 or later) or Mac (OS X 10.11 or later). The full version costs $39 for one user, with an upgrade discount of 40-100 percent available to those who purchased a license for an earlier version.