Forget Avengers: Endgame or Game of Thrones -- watch 'Clippy: The Unauthorized Biography' instead 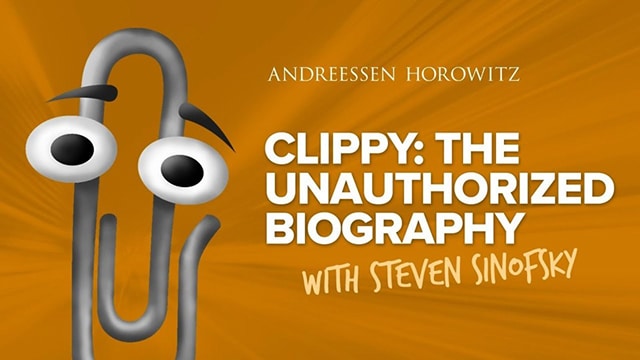 Steven Sinofsky was a senior executive at Microsoft who is perhaps best known for presiding over the creation of Windows 8 and RT. However, he also had a key role in the development of Microsoft Office back in the 1990s. This was a time when users feared to attempt to write a letter in Word because just starting it could well summon up Clippy -- the Candyman of productivity software -- who would attempt to help, but was rarely of any real use.

Clippy might have been retired for 15 years now, but to mark the Office assistant’s 25th anniversary, Sinofsky has made an Unauthorized Biography of the divisive animated paperclip which you can watch in full here.

Clippy (née Clippit) began 25 yrs ago, exactly, blows my mind. Clippy's been retired for 15 yrs but interest in feature/tech remains. Made a video of my experiences and thoughts back then.

As they say, there's some "never-before-seen footage" that should bring a smile to any maker. But really this video is about a journey through problem solving and design aka product management. Was Clippy a failure? Why be so dumb? How did THAT happen?

Two things for twitter but watch the video. (1) Features aren't designed in a vacuum. (2) Risk-taking is a huge part of product design and what risk means is highly contextual as well. Easy to get caught up in cute/dumb, but the context is what makes this interesting and fun.

In the 90's software was really hard to use. Many products are difficult for normal people to use difficult like AutoCAD, Photoshop are but those are tools that are a profession. Office is the tool for every profession used in addition to highly skilled tools.

With thousands of "commands" available at any time (3500 in 1997), it is one of the hardest design problems, yet solving this is required because Office customers are *everyone*. Office remains one of the most sophisticated tools used by the masses. Crazy to think about.

Clippy was created out of necessity. Every competitor had features but people could not use them. Books, in-person courses, even college credit were the norm for learning how to use Office. But this wasn't sustainable as a business as the product hoped to grow.

So when thinking about Clippy, it is always worth remembering the complexity of the product. It wasn't about being a cute "gimmick" but was about trying to achieve a breakthrough on what remains an enormously complex task with few peers.

The low-risk solution was to offer more "Help" through books or Microsoft approved courses (eg "Microsoft University" was a thing). Scaling that would cost money and be tough but also seemed so old school. There had to be a technology answer.

In the video we talk about the path that got us to super high tech combined with super fun—it all fits together now. We knew all the constraints but were so focused on trying to solve the problem we were willing to risk not solving the "whole" problem.

Many might see Office through the lens of always being the leader. In 1994 Office was just almost the leader on Windows but Windows was still very new and *just* becoming corporate (debate over GUI still raging) and the true unit leaders were MS-DOS 1-2-3 and WordPerfect.

The makers of those products were also working on but late with Windows products. The industry was still in a mode that assumed when those products arrived, the ones that had always been second place from Microsoft would be back in 2nd place.

Still others thought game over, Office's to lose. Thus the choice to take on massive risk in a feature like Clippy.-It should not be under-estimated. I love this part of that era of MS. Taking risk as a leader, regardless of how secure, is a truly differentiated part of culture.

Although digital assistants like Alexa, Siri, Google Assistant and Cortana are commonplace these days, Clippy was among the first to be widely deployed. Yes, he wasn’t much good, but when you consider the constraints programmers were working under back then it’s really no surprise. He might not have been any use to me, but I'm sure he was helpful for thousands of users getting into word processing for the first time.

Along the way this video will reveal:

Watch the full 1 hour 14 minute video below, and share your memories of Clippy (or Clippit if you prefer), in the comments below.