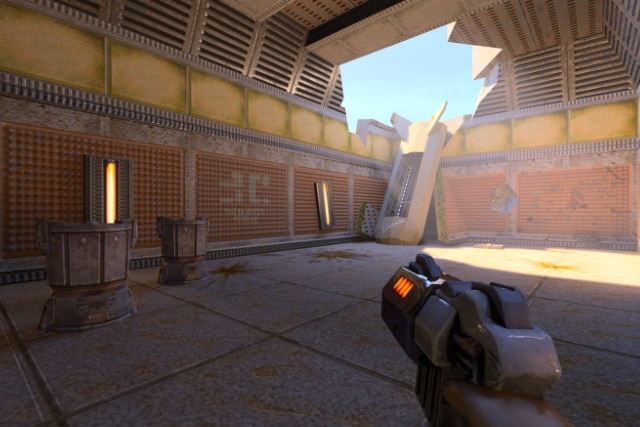 The Quake franchise is a gaming behemoth, and fans of the first-person shooter will soon be able to enjoy the re-released and revamped Quake II RTX. The RTX is a reference to ray tracing, and the game takes advantage of NVIDIA RTX graphics cards to power massively enhanced visuals.

Next Thursday, June 6, NVIDIA is releasing the remastered version of the game on both Windows and Linux -- and you can play it for free.

Once the game is launched, anyone with a GeForce RTX graphics card -- or other hardware up to the task -- will be able to play the first three levels of the game for free. There's even better news for anyone who already has a copy of Quake II. NVIDIA explains that "if you own a copy of Quake II, you can play the campaign in its entirety, and play against others in online multiplayer".

Quake II RTX is a joint project between NVIDIA and Bethesda, and the graphics card company says:

We're massive fans of the original, and even-bigger fans of technology, so when presented with the opportunity to remaster a classic game with all that ray tracing can offer, we jumped at the chance. Quake II RTX demonstrates the possibilities of ray tracing, and offers a glimpse at the future of gaming, with realistic real-time lighting, shadows and effects.

The trailer for the game gives you an idea of what you can expect:

If your computer is up to the job, you will be able to enjoy:

On June 6, you will be able to download Quake II RTX here.