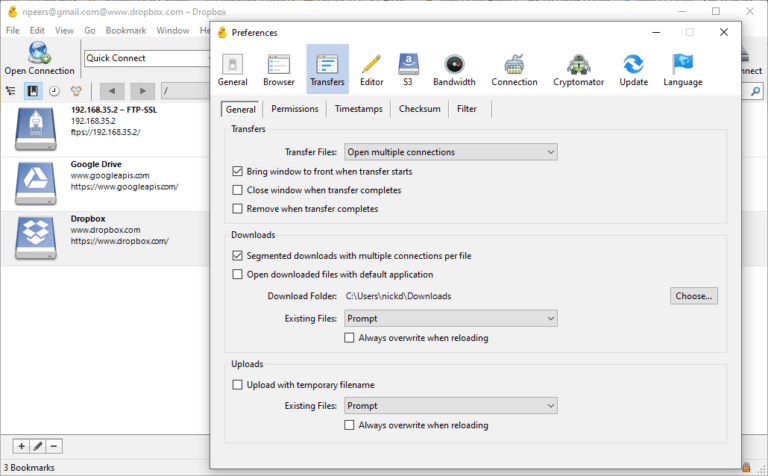 Bern software developer iterate GmbH has unveiled Cyberduck 7.0, a major new release of its free FTP/WebDAV/cloud client for Windows and Mac. The tool allows users to browse, download, upload and share files via its Explorer/Finder-like window.

Backblaze B2 connections allow users to create download authorizations for files to allow them to be shared too, plus support for file copying and renaming has also been added.

Windows 10 users making use of the Linux subsystem will also be pleased to gain the ability to open SSH terminals in bash.exe. Finally, the bookmark window now also supports password entry to allow faster connections at the expense of security.

Other fixes include ensuring files larger than 4GB can be uploaded to OpenStack Swift servers and support for adding bookmarks for multiple OAuth connections (specifically Google Drive, OneDrive and Dropbox).

Cyberduck 7.0 is available now as a free download for Windows and Mac. Also available is the company’s paid-for Mountain Duck 3.0 software, which integrates FTP, WebDAV and cloud connections into both Finder and File Explorer.