The biggest data breaches of the last 15 years 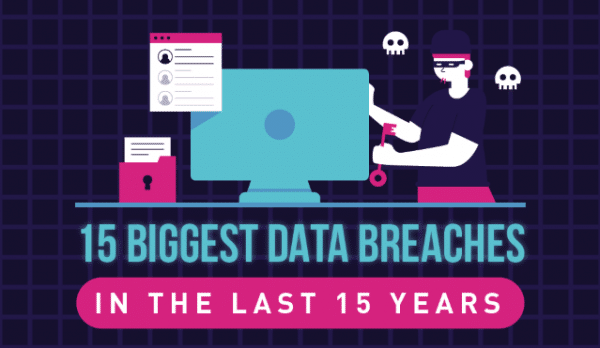 Web hosting comparison site HostingTribunal has put together an infographic looking at the 15 biggest breaches of the last 15 years.

Major breaches include, in January 2015, a Russian hacker calling himself 'Peace' stealing 117 million LinkedIn email and password combinations. Cybercriminals collecting the personal data of over 500 million guests of the Marriott International hotel chain between 2014 and 2018, and in September 2018, a successful attack on Facebook compromising 50 million user accounts.

You can see details of the biggest breaches of the last 15 years in the graphic below.