Preparing for the rise of AI in the workforce 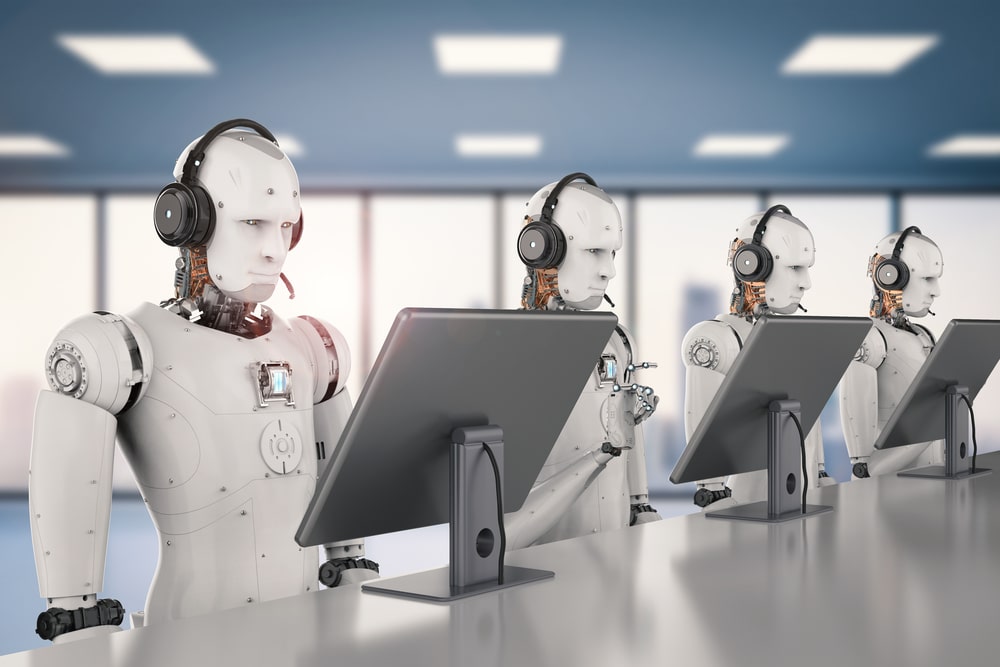 Primary schools, universities, companies and even all the rest of us have a role to play in preparing for the rise of AI in the workforce. So what can we do to make sure people are still employable as AI starts becoming more common in business settings?

Let's take a look at the work ahead of us.

What Can Companies Do?

The first thing companies need to do is be honest with their employees. Some jobs are going to have to go -- there's no way around it. Kai-Fu Lee, who previously served as president of Google China, believes the next decade and a half will deliver the automation technology required to render up to 50 percent of all human jobs redundant and obsolete.

Another study, conducted by philosophers Nick Bostrom and Vincent Müller, sought to probe the general public's attitudes about AI's potential for job disruption. Respondents said they believe it's likely artificial intelligence will exceed human reasoning capabilities by 2050 or earlier.

If companies have plans to automate specific roles, it's a disservice to keep this from the soon-to-be-displaced workers for longer than you have to. People don't like living in uncertainty should the CEO or another decision-maker break the news about coming automation opportunities and then leave the workforce wondering who's getting the axe.

Employees deserve an opportunity to begin to look for their next challenge or a way to educate themselves into a higher-paying and more demanding role than they have now. And they deserve financial and other practical help from their current employer to make that transition a smooth one.

And, speaking of "upfitting" employees into higher-order roles: When automated inspection technology arrived on an automotive factory floor in Calumet City, Ill., and threatened to do inspection workers' jobs faster and more accurately, the company didn't lay anybody off. Instead, they invested in re-training to create a workforce capable of sustaining and maintaining these new technologies.

We can achieve a productive synergy between humans and machines that limits job loss while simultaneously preparing the entire workforce for a rising tide in new jobs in automation support, IT, data science and robotics.

What Can Schools and Universities Do?

Given the radical shift we're seeing in the makeup of the U.S. workforce -- employees transitioning into service-based instead of labor-based roles to counter automation and AI -- our efforts to prepare the coming generations need to start at the beginning. That means schools and universities.

The first order of business in schools should be to recommit to the skills that are most resilient against automation. A report from the Brookfield Institute found the following skills are least resilient to AI and automation:

The report found these skills, on the other hand, to be highly resilient to AI and automation:

In other words, repetitive tasks like data entry and some kinds of business planning will soon become entirely automated -- and are already on their way out the door in some companies. But roles that depend on employees' leadership and interpersonal skills, plus their ability to judge emotions and states of mind, solve problems using unorthodox methods and generate creative content are reasonably safe from automation for now.

Some people call these attributes "soft skills." Even major technology companies like Microsoft recognize the value of soft skills in fast-moving industries, which is why some employers are giving education and job experience a back seat and placing more emphasis on soft skills and a willingness to learn on the job. But now we're back in employer territory.

Based on all this, some K-12 school systems are introducing coding and computer basics as early as junior high. Others are creating after-school STEM programs to help foster a love of the sciences and prepare students for more complex classes.

At the college level, schools are going to have to reevaluate which of their courses still hold value for enrolled students and which do not, given the changing nature of the economy. Accountant and auditor degrees, for example, are losing value.

But degrees in coding, computer engineering, data science, analytics and other fields that play a role in machine learning, AI, IT architecture, industrial control systems and robotics are gaining value. Even colleges themselves are learning to apply machine intelligence and AI to the problem of better understanding the needs and wants of their students and coming up with new programs and approaches for retention and other purposes.

So, to help beat the much-talked-about data sciences talent shortage, colleges across the board need to begin adding more degrees in these fields, as well as work to engage with communities that are underrepresented in STEM-related disciplines, such as women and minorities. Some reporting on this subject says colleges are "scrambling" or even "panicking" to create more future-proof degree programs and make the appropriate staffing changes to accommodate incoming generations of students who have more questions than any previous group about what automation means for them.

What's clear, at any rate, is that schools are responding to the situation.

What Can Society Do?

That brings us to everybody else's role in this. Is there something mainstream society can do to prepare for AI in the workforce?

One thing worth doing is volunteering with or donating to groups like the National Action Council for Minorities in Engineering, which seek to award STEM scholarships in underserved minority communities and diversify incoming classes of college students.

Civic participation is another action item. Not every elected official takes automation, AI and the green energy transition as seriously as the rest.

Our changing times mean "radical" proposals are reaching the halls of government, such as the Green New Deal, which would help re-train U.S. employees for the changing economy, and a national job guarantee, which would help force the public and private sectors to invest in people as well as machines. It's worth taking notice and seeing which kinds of programs could more than pay for the investment required.

Together, employers, schools, and all of the rest of us can build an economy and a society that don't just survive the coming of AI and automation, but thrive beyond our most idealistic dreams. But we have to understand the stakes first -- and then begin laying the foundation for a new kind of future.