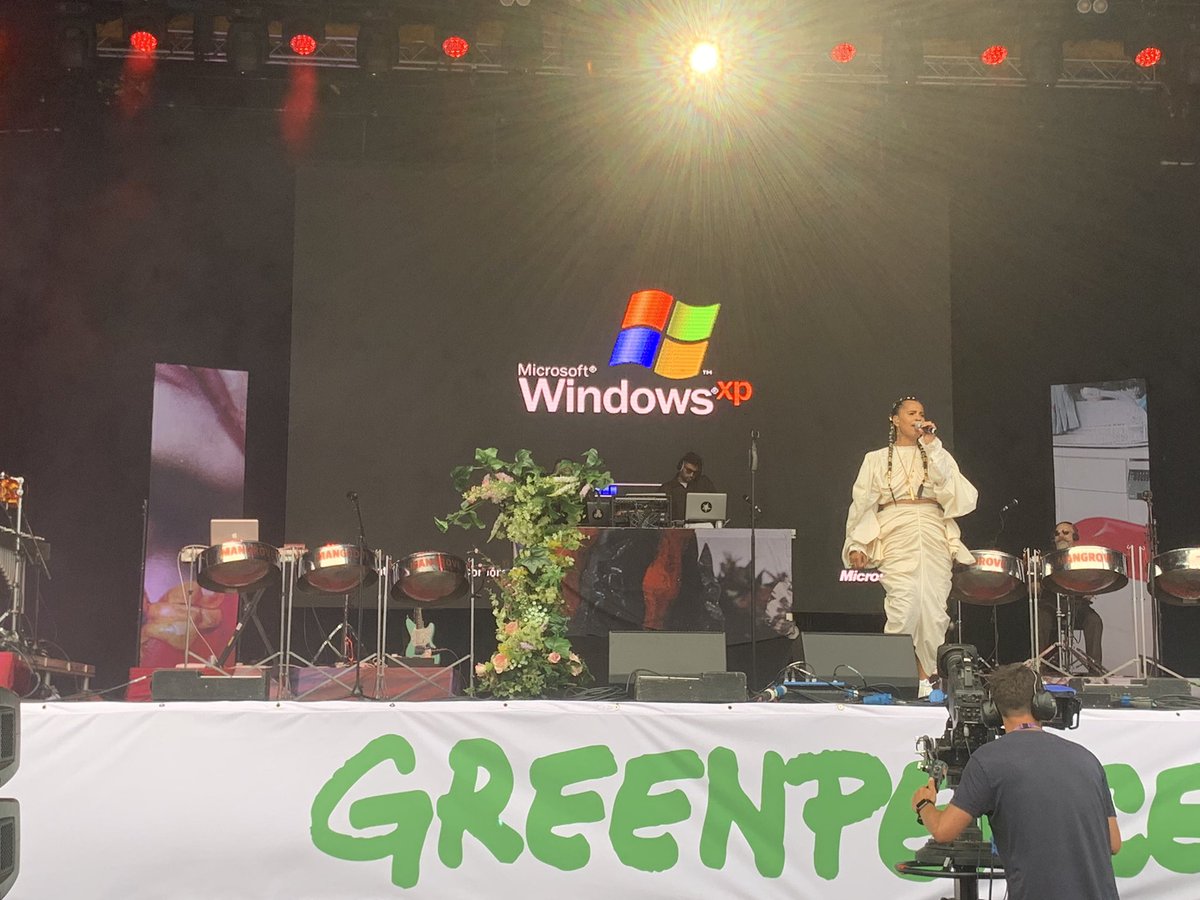 When you’re performing live at one of the biggest music festivals in the world, it’s probably not advisable to trust your background visuals to an old laptop running Windows XP.

This is a lesson that Neneh Cherry learned to her cost at this weekend’s Glastonbury when the laptop generating images on the rear video screen decided to reboot unexpectedly during a performance of her hit 7 Seconds.

With perfect timing, as Cherry sang "I’ll be waiting", audiences saw the boot screen appear in the background behind the singer on the West Holts stage, revealing the laptop to be running a 2.6GHz legacy single-core E5300 Intel Pentium CPU from 2008. Meaning she would indeed be waiting, and a lot longer than seven seconds.

This was followed, eventually, by the Windows XP start screen, and then after a fair amount more waiting, the visuals once more.