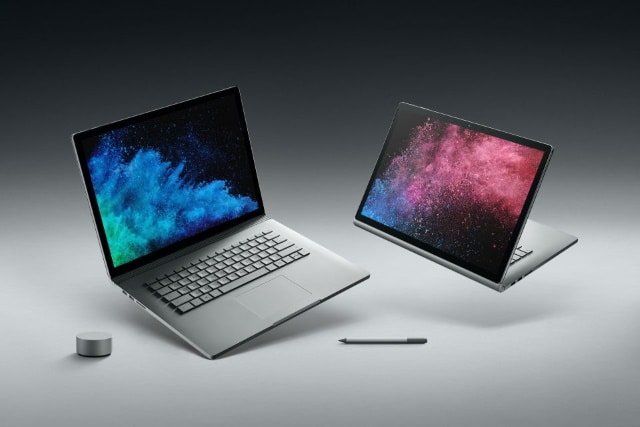 Having just removed some of the blocks that were preventing people from installing Windows 10 May 2019 Update (Windows 10 version 1903), the company has now introduced a couple more obstacles -- including for its own devices.

One of the new blocks prevents Surface Book 2 owners from installing the update, while another affects systems with Intel 4 series chipset integrated GPUs.

The Surface Book 2 issue lies in devices with an Nvidia discrete Graphics Processing Unit (dGPU). After numerous users with such systems complained about problems with apps and games following the upgrade, Microsoft took the decision to suspend the rollout of the update.

In an update to its release documentation for Windows 10 1903, Microsoft explains:

Microsoft has identified a compatibility issue on some Surface Book 2 devices configured with Nvidia discrete graphics processing unit (dGPU). After updating to Window 10, version 1903 (May 2019 Feature Update), some apps or games that needs to perform graphics intensive operations may close or fail to open.

To safeguard your update experience, we have applied a compatibility hold on Surface Book 2 devices with Nvidia dGPUs from being offered Windows 10, version 1903, until this issue is resolved.

For anyone that installed the update before it was pulled, Microsoft has the following suggestion:

To mitigate the issue if you are already on Windows 10, version 1903, you can restart the device or select the Scan for hardware changes button in the Action menu or on the toolbar in Device Manager.

Due to a separate issue, Microsoft has also blocked Windows 10 1903 from rolling out to other systems. The company says:

Microsoft says that it is investigating the problems and working on fixes, but has not said when these will be ready. In the meantime, the company advises that people do not try to bypass the update block using the Media Creation Tool or manual update method.