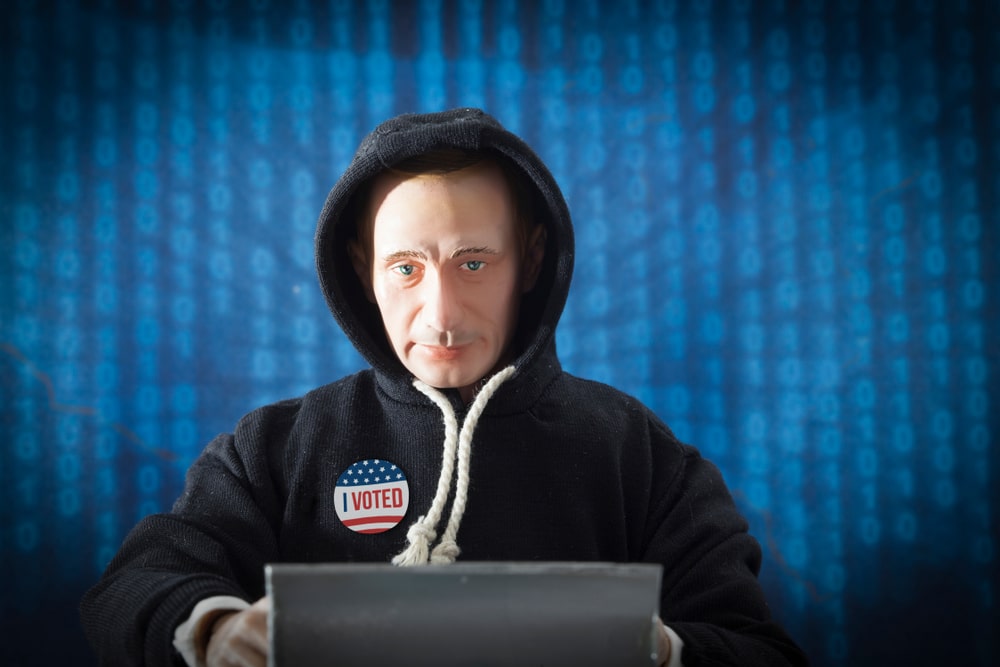 I write to you to celebrate the coming glorious victory over imperialist America. Our efforts to undermine their so-called democratic institutions is nearly complete. What began as a seemingly disastrous failure on the part of our cyber and Internet propaganda forces has now morphed into a highly successful psy-ops campaign that threatens the black, decadent heart of the Western society!

As you know, our efforts to undermine America’s 2016 election cycle were initially ineffective. Attempts to hack into their election management and vote tallying systems were unsuccessful, and our State masters refused to properly fund our social media influencing campaign. The result was a hodge-podge of poorly designed memes that ultimately failed to sway public opinion while exposing certain of our oligarch allies to much undesired scrutiny. If not for the gullibility of a few reprobate Democrat political operatives -- who were oh so easily tricked into surrendering their Gmail passwords by a simple "sexy lady wants friendship" type phishing attack (capitalist fools!) -- our efforts would likely have gone completely unnoticed. We were that incompetent.

However, the mere "whiff" of a potential security breach within their electoral process sent the arrogant Americans into a state of political chaos. Accusations were made. Loyalties were questioned. Impeachments were threatened. And in the process, our supposed involvement in this attempt to "hack their election" was transformed (at least in their minds) from crazy rumor to established fact, with all undue credit going to our glorious State for orchestrating this "sophisticated campaign to undermine the American democratic process."

Needless to say, this outcome was more than we could have dreamed of! Not only did we drive their political establishment to madness, we created an atmosphere of paranoia that is now leading them to pave the very road over which we will march to ultimate victory!

I refer, of course, to the very real steps now being taken to further secure their election management and vote tallying systems. The hysteria over our supposed "hacking" of these systems is causing many state and local election officials to order the replacement of existing electronic voting software, using federal funds earmarked to help them thwart future attempts by "foreign actors" to undermine the electoral process.

Ignoring for a moment the minor victory of causing the imperialist swine to waste their "blood and treasure" on yet another fool’s errand (Iraq and Afghanistan, anyone?), the real opportunity lies in the nature of the "upgraded" voting systems. In their hell-bent fervor to address the looming "red menace" of our imagined election interference, many jurisdictions are deploying solutions built atop older, soon to be unsupported versions of the Microsoft Windows OS. In fact, the leading third-party vendors in this space are still only certifying their software for use on Windows 7, an 11-year-old OS for which we actually do have some effective cyberattack vectors.

In other words, the Americans are -- to quote the equally reprobate German thinker Thoman Murner -- "throwing the baby out with the bathwater." By replacing these systems so close to the next election cycle, and by doing so with an outdated software platform that is notoriously hard to patch, they are virtually guaranteeing that at least a few security gaps will exist to be exploited.

And it is through these gaps, dear comrade, that we will strike! We will sow the seeds of discord and confusion by altering vote tallies and tipping critical districts in suspiciously unanticipated ways. It will be 2016 all over again, only this time the credit to our glorious State will be entirely deserved. We will bask in the glow of the fires of their destruction as left and right tear the country asunder from within. Then we will down our clear, icy beverages and salute the death of the evil imperialist American empire!