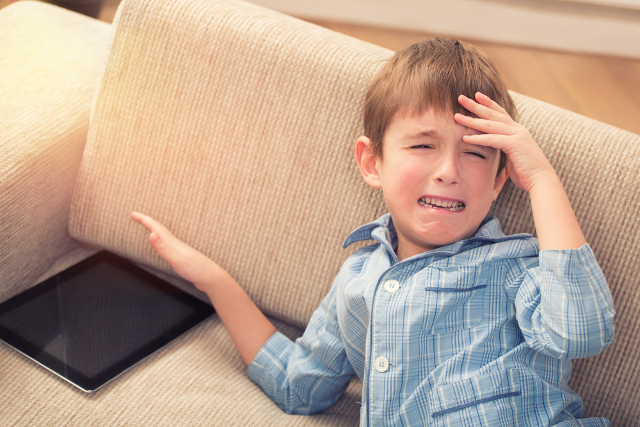 "What do you want to be when you grow up?"

It’s the age-old question, one posed to nearly every child at some point in their formative years. In generations past, the answers were typically aspirational -- Doctor, Fireman, Astronaut, etc. However our current crop of young, Western-educated padawans has a different goal in mind: They want to be YouTubers.

Yes, it’s true: Fully 30 percent of US and UK children surveyed by The Harris Poll answered "YouTuber/Vlogger" as their desired career path. And what this says about our narcissistic, selfie-obsessed, celebrity-worshipping culture is truly frightening. It shows that, after decades of reshaping our educational system to push a "self-esteem" message where everybody gets a trophy and no answer to a math problem is ever truly "wrong," we’re now cranking out new mini humans who believe they deserve to be stars.

Never mind that not everyone is born clever or witty or particularly photogenic. Such distinctions of innate skill or talent no longer factor into the equation for a generation being raised on the "you can do anything you put your mind to" mantra.

Oh, if you were lucky enough to win the genetic lottery and have just the right "look," along with a reasonably quick wit and a healthy dose of "the gift of gab," you might develop a following. You might even achieve that pinnacle of YouTube stardom -- 1 MILLION subscribers -- at which point you’ll be making just enough money to fall below the poverty line in the United States. In other words, you can blab all you want into your iPhone, but you’ll still find yourself scrambling to pay your wireless bill at the end of the month.

Once upon a time, I aspired to be an astronaut (or maybe it was a fighter pilot). Then, the gods of poor eyesight saw fit to afflict me with astigmatism and I had to reorient my trajectory towards less lofty goals. I discovered computers during the early stages of the IBM PC era, taught myself to tear them down and rebuild them, and then used this natural affinity to launch an IT career that has spanned three decades (and counting). Along the way, I also discovered I had a talent for writing, and I channeled my admiration for early technology pundits, like John C. Dvorak, to fuel my own rise through the publishing ranks at Ziff Davis, IDC, et al.

But at no point along the path did I feel I deserved to be famous, or even moderately successful. By contrast, this up and coming generation expects it -- and they’re in for a shock when they discover that "averageness" doesn’t translate well across a video feed.

Perhaps we should take a cue from the Chinese. A solid 56 percent of children in the "Middle Kingdom" answered that they wanted to grow up to be astronauts. And even if that goal is equally unrealistic (you can fit the number of humans who have broken the surly bonds of Earth into small movie theater), the career trajectory it inspires is more likely to land these children in a STEM field where they’ll make a decent living and maybe contribute to improving the world -- as opposed to clogging the Internet with yet another generic "youthful talking head" spewing inanities.

So, when you hear a young padawan waxing poetically about their bright future as a YouTube superstar, do them a favor: Crush those dreams. Crush them HARD.

Then teach them to code.

10 Responses to Save the children! Crush their YouTube dreams!