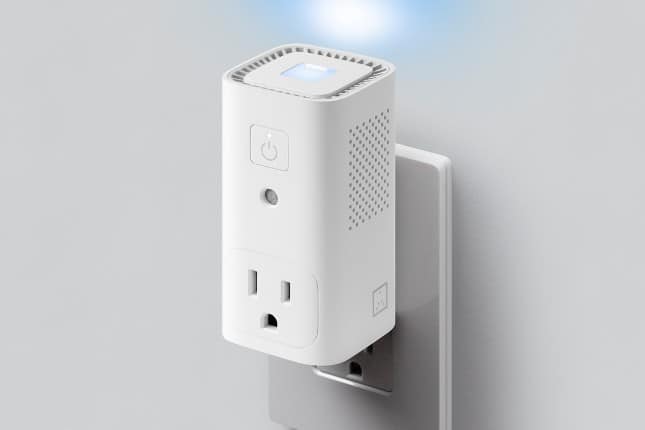 Many smart home products just make your life easier -- they don't really add anything new. For instance, in my house, I have a smart thermostat and smart lamps. Using my phone or voice, I can adjust the temperature in my home or turn the lights on. Cool? Yes, but I could always do that -- I just walked to the lamp or thermostat and did it by hand.

With that said, there is a smart home product I began testing lately that actually adds to my life. Called Awair, it is a little wooden box that monitors air quality in my house. If things like humidity, dust or chemicals become too high, Awair lets me know. It even gives me a score to show how healthy my air is overall. I can then make changes, such as opening a window, to improve the air. It is truly a product I love, and I can't recommend it enough.

Today, the company launches a new product called "Awair Glow C" -- an upgrade to the previous Glow (non-C). It is a small device that plugs into an outlet and monitors your air quality. Unlike the standard Awair that has a fairly basic screen to provide alerts (besides the associated phone app), the Glow C uses RGB lighting to let you know the status of the air. When it is in ambient light mode, you can customize the color to your liking -- what an effective nightlight! What really makes it impressive, however, is that you can plug things into it, as it has a pass-through wall outlet.

"Glow C tracks three key factors that influence air quality -- chemicals (VOCs), temperature, and humidity -- and monitors changes over time. It takes air quality monitoring one step further by turning on connected 'non-smart’ devices when one or more of these factors becomes unhealthy. For example, if Glow C senses that the temperature of your home is too high, it will automatically turn on a fan that is plugged into the smart plug. Similarly, if humidity levels become too low, Glow C will turn on an attached humidifier. Users can schedule when Glow C should react to air quality readings and when to conserve energy by customizing their device preferences in the Awair app," says Awair. 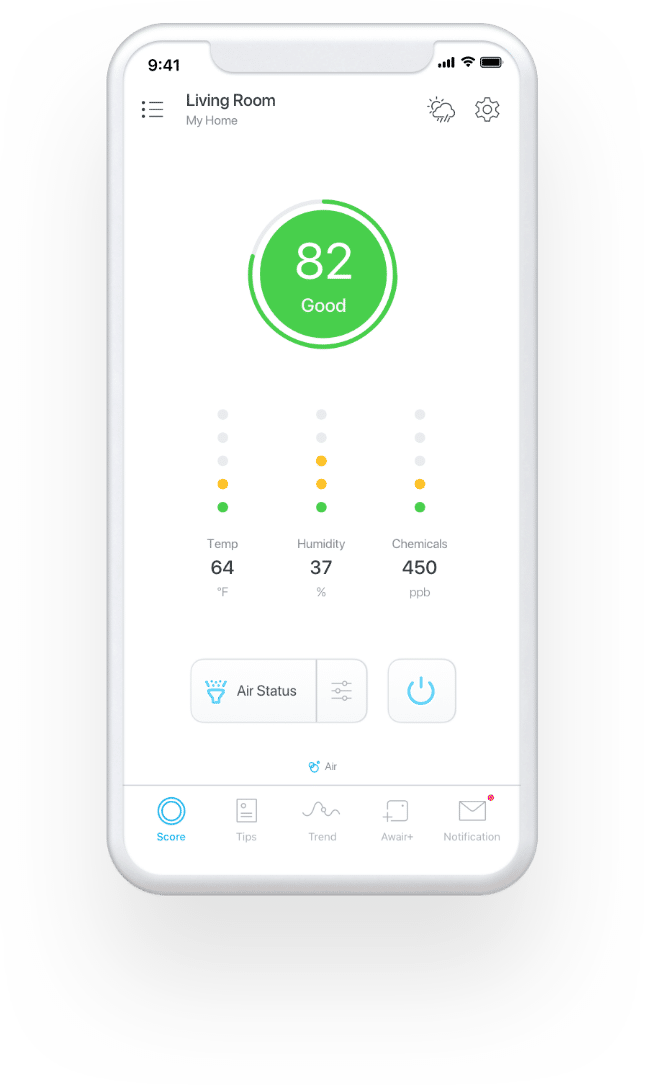 The company further says, "Glow C is automatically programmed to show your air quality status at a glance via the LED light, with a green light indicating good air quality, yellow indicating fair, and red indicating poor. Users have the ability to customize their light settings to align with their preferences and desired color palette. The built-in motion sensor can also be programmed to illuminate the light and alert the user via push notification or trigger when movement is detected. Glow C easily integrates into a smart home ecosystem and is compatible with Google Home, Amazon Alexa, and IFTTT."