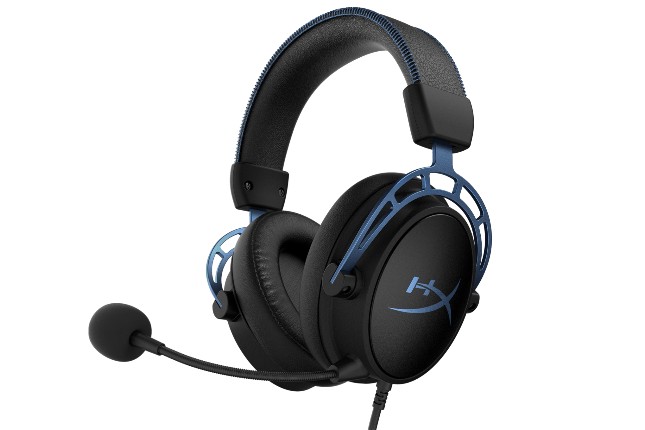 Gamescom launches today in Germany, so as you can expect, there will be a lot of gaming-related news over the next several days. There won't only be talk of games, but hardware, devices, and accessories too.

Case in point, today HyperX unveils its latest gaming accessory -- the Cloud Alpha S gaming headset. It is not an entirely new product -- it can be viewed as the existing Cloud Alpha on steroids. And no, the "S" doesn't stand for steroids... at least I don't think so. Actually, it seems the S stands for "Surround" as it offers virtual 7.1 surround sound.

"The Cloud Alpha S includes dual chamber technology delivering accurate in-game sound with incredible range, tone and timbre. The dual chambers allow the Cloud Alpha S to tune base separate from the mid and high frequencies, creating a dynamic sound that makes games, music and movies more realistic and immersive. The Cloud Alpha S offers all the design and sound quality features as the HyperX Cloud Alpha while enhancing the listening experience with 7.1 surround sound and mixing capabilities," says HyperX.

We are excited to expand our line of HyperX peripherals with the Cloud Alpha S gaming headset. Offering users a 7.1 virtual surround sound headset that has all the comfort and style of the original HyperX Cloud Alpha. The new Alpha S gives gamersprecise sound and intuitive control features to enjoy fully immersive soundscapes.

The HyperX Cloud Alpha S gaming headset will hit stores in the final quarter of 2019. In other words, it should become available in October, November, or December. Hopefully it comes sooner rather than later. Pricing is about what you'd expect for a premium gaming headset -- $129.99.