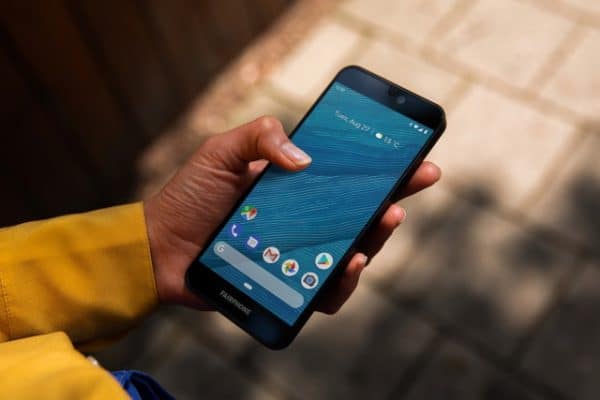 No, the Fairphone 3 is not really made from marijuana plant fibers -- but it might as well be. This misguided attempt to make a smartphone that "care[s] for people and planet" is nearly as ugly as that hemp "shirt" your Environmental Studies buddy used to wear in college. Clunky, with middling specs and a creepy, peek-a-boo-translucent backside, it's a phone that screams "virtue signal -- incoming!"

I mean, why else would anyone buy this thing? Its aesthetic is reminiscent of every generic, first-generation slab phone ever built -- like someone took an Apple iPhone 4 and a Samsung Galaxy S2, ran them through a blender, and then reassembled the debris with scotch tape and cellophane. The expletive-laden contraction "F'UGLY" doesn’t begin to describe this abomination.

Indeed, you need to be truly committed to your goal of "making the world a better place" to want this phone. It also doesn’t hurt if you’re delusional enough to believe that you, Mr/Ms/Other "One-in-7.5-billion," have the power to change anything. Because, unless your name is "Katy Perry" or "Dwayne 'The Rock' Johnson," you’re not going to influence anybody by buying such a kludge -- especially when they can get sleeker, sexier, more powerful phones for the same or less money.

So, short of a major celebrity endorsement, the Fairphone will remain a niche product for eco-conscious nerds with a budding messiah complex. But even setting-aside the "crystal-rubbing, Gaia-worshipping" angle, the device itself is simply unappealing. Again, the aesthetics are severely dated. And the base specs? My nearly 4-year-old Galaxy S7 tops the Fairphone in most categories -- and I can charge mine wirelessly and even take it into the pool with me!

As for the "modularity" angle, I really don't see being able to pull my phone apart and tinker with its innards as a net plus -- at least not when it means trading things like weight and IP6x water-resistance for such a "privilege." And given how tightly integrated today’s smartphone designs are, both at the hardware and software levels, I'm dubious that anyone will really want to upgrade such a device piecemeal when (and more importantly, if) newer modules become available.

To be sure, there have been kludge-y, eco-conscious product success stories. Early hybrid cars, for example, made their mark and continue to be popular. But then again, they had plenty of celebrity support as numerous Hollywood A-listers virtue-signaled their love for Mother Earth by driving first generation Toyota Priuses (at least until they got bored with them and went back to crushing small woodland creatures in their blinged-out Hummers). However, few products have ever achieved a level of personal attachment and identity/intimacy as the modern smartphone.

For most consumers, how a device looks is even more important than how it performs. Why else would people still buy iPhones (or any other Apple product, for that matter)? It’s all about form over function -- or in this case, ideology. So, while some small percentage of truly committed tree-huggers will no doubt buy into the Fairphone "schtick," I can't see it ever growing beyond a fringe product for the holier-than-thou, save-the-planet crowd.

And if you do make the mistake of buying one of these abominations, be a friend and put a bumper case over that back panel. Because, like that anatomy model from my high school biology class, all those exposed components are giving me "the Willies!"