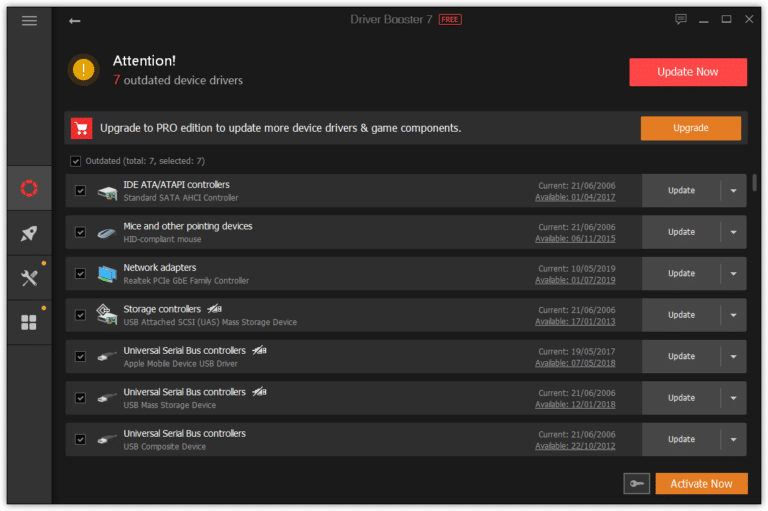 IObit has released Driver Booster 7.0.2, a major new release of its free and paid-for driver updater tool for Windows PCs.

Highlights of this new release include support for over 3,500,000 drivers, twice the scanning speed of previous versions, a silent mode feature and an enhanced toolbox that promises fixes for a wider range of driver-related issues such as sound, networking and low-resolution problems.

Version 7’s headline new feature is an extended database that now spans over 3,500,000 devices to target more outdated and rare drivers. WHQL-certified drivers are selected by default (users can skip this safeguard via Settings > Scan) and IObit promises to have performed additional checks for veracity and security. Note, the full database of drivers is only available to Pro users.

Driver Booster 7 also comes with an optimized scan engine, which IObit claims to increase scanning speed by 100 percent -- personal experience would seem to bear this out, with scans almost instantaneous on modern hardware.

A new silent mode feature -- configurable via Settings (but enabled by default) -- will prevent Driver Booster from interfering with any programs (typically games) running full-screen. In addition, users can specify non-maximized applications and games for which silent mode will also apply.

Driver Booster 7’s toolbox improves its fix-it tools, available to all users: Fix No Sound, Fix Network Failure and Fix Bad Resolution sit alongside the Pro-only Fix Device Error component and other existing tools, including Rescue Center, Clean Unplugged Device Data (which has been overhauled to make it easier to use) and System Information.

Other improvements include a 15 percent improvement to the speed freed up using the Game Boost feature -- users can now also add an option to both the desktop and program context menus to make it more accessible. Set this up by clicking the cog button above the Game Boost speedometer.

IObit Driver Booster 7.0.2 Free is available now as a free download for PCs running Windows XP or later. Pro features can be unlocked from within the program -- an annual subscription costs $22.95 and covers three PCs.