The Swiss 5G debacle is giving me a headache 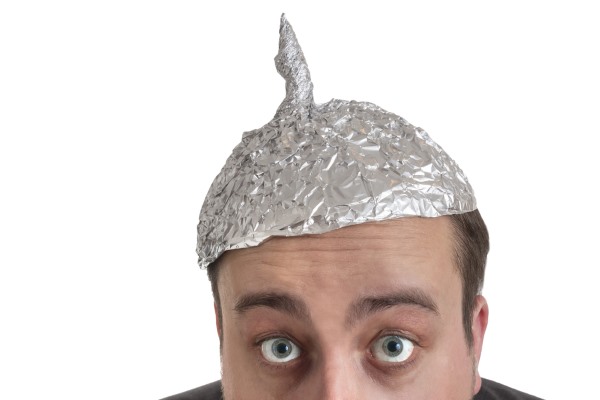 This is why we can’t have nice things! Just as Switzerland is on the cusp of becoming a leader in 5G adoption, out pop the crazies to rain on the tiny nation’s wireless parade.

The land of Chalets and Saint Bernards has been aggressively pursuing 5G adoption, with major carriers promising coverage for 90 percent of the population by the end of the year. This includes nearly every city and town, as well as remote locations, like ski slopes and mountaintop resorts. Just this past July, operators finished installing or converting over 300 antenna stations for 5G transmission -- no mean feat given the rugged terrain of the Swiss Alps.

However, now that the rollout is in full swing, a vocal minority of self-identified "health advocates" and affiliated quacks are raising the alarm about possible side-effects from all that high frequency, 5G electromagnetic energy bouncing around the airwaves. They claim that the technology hasn’t been properly tested to assess its impact on human physiology, and they recently used this argument to bully government regulators into declaring a moratorium on new 5G tower construction (though operators are still free to convert existing installations).

In case you’re wondering, these are the same nut bags who claim they get headaches from the office microwave and who refuse to own a mobile device since they "almost certainly cause cancer." Sadly, local regulators have now succumbed to this quackery (so-called "Electromagnetic Sensitivity" isn’t even recognized as a real thing by most developed nations), which means Switzerland is at risk of losing its enviable position at the forefront of 5G adoption because of pseudo-science.

Of course, I don’t have any immediate plans to move to Switzerland (though I hear it’s nice), so none of this affects me -- at least for now. However, I do worry about the fallout across other nations should my frosty friends continue down their path towards Neo-Luddism. If the crazies can stall 5G adoption here, they’ll embolden their siblings-in-arms in other countries to push for similar moratoriums until we fully understand the technology’s "impacts on health, on the environment, on people's capacity to think" (actual quote from the quackasphere).

Thankfully, this nascent pushback against 5G is ultimately doomed to failure since it is running up against an even more powerful force: The world’s obsession with social media. If there’s one thing that will allow the public to overcome their fear of 5G it’s their addiction to Twitter/Facebook/Instagram (there’s even a movie about the phenomenon). Let people share cat videos and silly memes faster and more efficiently and they’ll happily submit to bathing their persons in supposedly dangerous levels of electromagnetic radiation.

Remember, at the end of the day, nearly everything we interact with is potentially harmful according to some people. Coffee, chewing gum, David Hasselhoff movies -- all are supposedly fatal in high enough doses. Now we’re supposed to hold back progress on 5G because of similarly flimsy arguments? Because, someone, somewhere is convinced that the towers are diminishing their mental faculties (more likely it’s all that weed they’re smoking)?

Not on my watch!