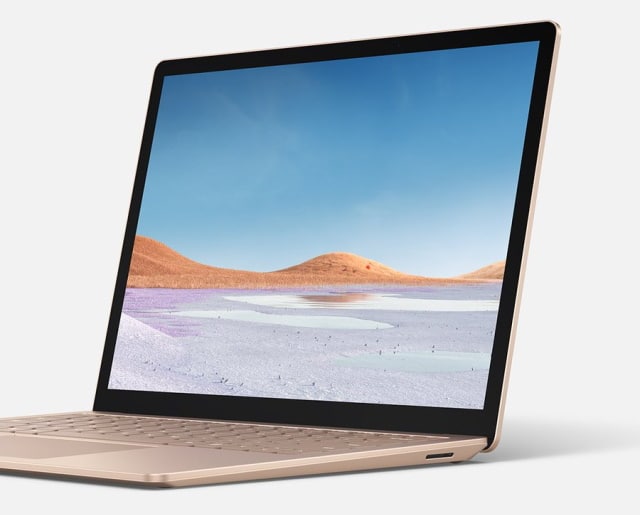 After a series of leaks, Microsoft today officially unveiled the latest additions to the Surface lineup. Kicking things off is the Surface Laptop 3, available in 13- and 15-inch models.

Produced in partnership with AMD, the Surface Laptop 3 features a custom Surface Edition Ryzen processor for the 15-inch model. The 13-inch device features a quad-core 10th Gen Intel Core processor. Both retain the 3:2 aspect ratio. Let's dive in and take a look at the full specs.

Microsoft says that the Surface Laptop 3 is twice as fast as a previous generation, and three times more powerful than a MacBook Air. The company has increased the size of the trackpad by 20 percent, and retained the 1.3mm travel for the keyboard, delivering -- according to Microsoft -- silent typing. The Alcantara fabric covering is gone, replaced by a new all-metal design, and there's a new sandstone finish option.