Google Maps offers voice guidance for those with impaired vision 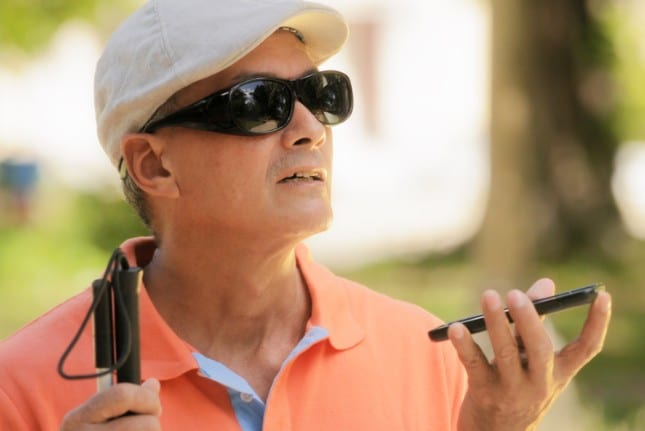 It can sometimes feel like technology is focused on the superficial, but there are constant technological advances that are improving lives too -- especially those with handicaps. For instance, a person unable to speak can be given a voice thanks to text to speech software, and a paralyzed person unable to walk can gain mobility by using an exoskeleton. Microsoft once helped a woman with Parkinson's Disease write again.

Today, Google is potentially improving the lives of people that are blind or have other visual impairments. You see, the Google Maps smartphone app for iOS and Android can now provide enhanced voice guidance for those with diminished or nonexistent sight. The search giant included one of its own employees -- a visually impaired business analyst named Wakana Sugiyama -- in the testing of the new feature.

"Starting today, World Sight Day, Google Maps is rolling out a new feature that gives people the ability to receive more detailed voice guidance and new types of verbal announcements for walking trips. This feature is the first in Google Maps to be built from the ground up by, and for, people with vision impairments. I feel fortunate to have had the opportunity to work closely with the Maps team on this project as an early advisor and tester -- outside of my day job as a business analyst in the Tokyo office," says Sugiyama.

Sugiyama further says, "With this feature, I can navigate the streets of Tokyo with more comfort and confidence. As I take my journey, Google Maps proactively lets me know that I’m on the correct route, the distance until my next turn and the direction I’m walking in. As I approach large intersections, I get a heads-up to cross with added caution. And if I accidentally leave my route, I’ll get a spoken notification that I'm being re-routed."

As you can see from the above video, this is not merely a way for the visually impaired to get walking directions -- Google is empowering visually impaired people to have their freedom and independence. For now, it is only available in the USA and Japan, in English and Japanese respectively. Google plans to eventually roll it out to more regions and languages.