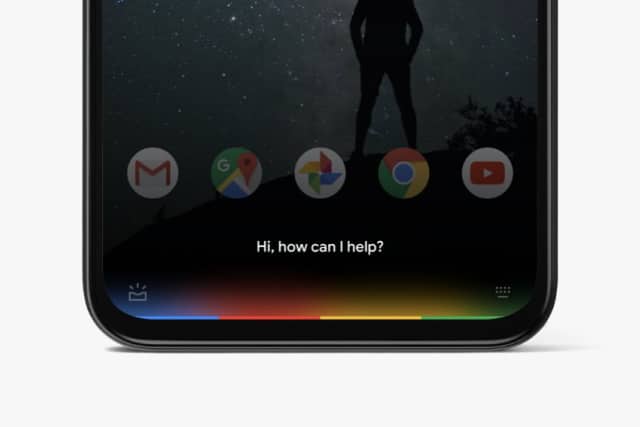 Yesterday's Made By Google event was primarily about the launch of the Pixel 4, the Pixelbook Go, and a range of Nest devices -- but there were a few extra bits and pieces to get excited about.

At the New York event, Google spoke about the second generation of Google Assistant, promising greater speed and more functionality than before. There's also a new look to the digital assistant.

Anyone who snaps up a Pixel 4 handset will be among the first to try out the updated version of Google Assistant, and if Google's presentation is anything to go by, it should prove to be a great boost to productivity. For Pixel 4 owners, the fact that Google Assistant is tightly integrated into the handset means that algorithms run locally rather than in the cloud, leading to a huge speed boost.

Quickly open apps, search across your phone, and even multitask just by asking the Google Assistant. It's integrated into #pixel4 to make everything you do with your phone easier. #madebygoogle pic.twitter.com/mY4nasSag1

Google Assistant's upgrade means that it is now better at dealing with commands in context, as well as handling follow-up commands more intelligently.

There are a range of new capabilities available through Google Assistant, including privacy-related options such as choosing when activity data should be removed from your Google account.

Thanks to a deeper integration into Pixel 4, the Google Assistant is now a faster way to get more things done. Breakthroughs in speech processing mean that more requests can happen right on your phone, without always sending your request to the cloud.

We redesigned the Assistant so it doesn't take up too much room on your screen, letting you better multitask across other apps. It can quickly open apps, search your phone, share what's on your screen, and more. It also considers the context of your query to do a better job answering. For example, you can ask the Assistant to "show my photos from New York" and then say "the ones in Central Park". Then, you can share a picture by saying "send it to Mom". We’ll continue improving the technology that powers the new Assistant over time.

At the moment, it is not clear when the second-generation Google Assistant will arrive on non-Pixel handsets, or how many of the new options will be ported across.