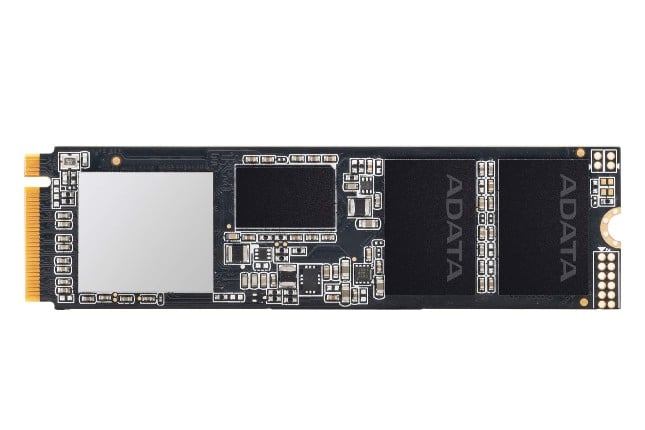 If you are a computer enthusiast, you likely have a solid state drive in your computer, but if it a SATA variant, you are truly missing out. PCI Express-based NVMe SSDs are far faster, and if your PC can accommodate such a storage drive, it is well worth the upgrade. Prices on these drives have dropped significantly, making them a "no-brainer" for those that crave speed and top performance.

Today, ADATA launches its latest such drive. The unimaginatively named "IM2P33E8," as it is called, is mostly designed for harsh industrial applications, but it can, of course, be used in consumer laptops and desktops as well. Since it is a PCIe Gen3 x4 drive, it is insanely fast.

"The IM2P33E8 PCIe Gen3x4 M.2 2280 SSD is NVMe 1.3-compliant and delivers read/write speeds of up to 3500/3200GB per second, making it up to six times faster than standard SATA III SSDs. It is equipped with 3D NAND Flash memory and comes with storage capacities ranging from 256GB to 2TB. It is available in normal-temperature (0°C to 70°C) and wide-temperature (-40°C to 85°C) variants. For enhanced security, integrity, and durability the IM2P33E8 features E2E (End-to-End) Data Protection and RAID Engine. What’s more, the IM2P33E8 utilizes AES and TCG Opal encryption to keep confidential data away from prying eyes," says ADATA.

The company further says, "With the purchase of the IM2P33E8, customers qualify to download ADATA’s SSD Toolbox. SSD Toolbox allows users to monitor and manage the IM2P33E8, with drive status, wear level, and lifespan information. To safeguard quality, compatibility, and reliability, ADATA uses a rigorous SSD validation process that encompasses functionality testing and reliability validation to ensure its SSDs meet the exacting requirements of industrial applications."

As you can see above, there are four capacities from which to choose -- 256GB, 512GB, 1TB, and 2TB. It must be noted that the top capacity is not rated for industrial use, and it is limited to commercial operating temperatures. There will be different SKUs to indicate industrial or commercial variants, with the former having model numbers ending in "P" and the latter ending in "D." Pricing is unknown for now, but should be revealed when the drive hits retailers this month.