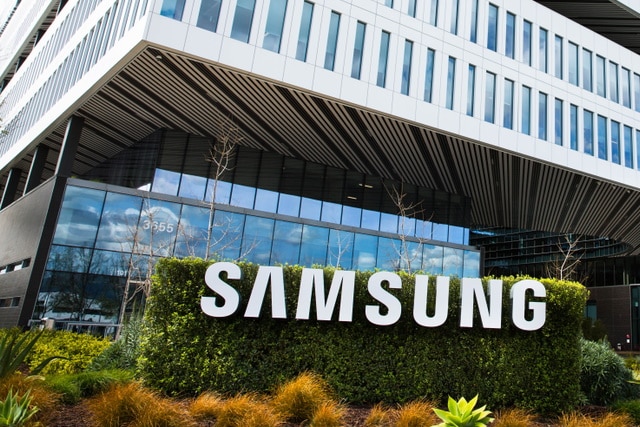 Time for more smartphone leaks. This time around it is the turn of Samsung; specifically the Galaxy S11 range of handsets.

Thanks to reliable leakster Evan Blass, we now know that we can expect to see three the phone in three screen sizes: a 6.2 or 6.4-inch model, a 6.7-inch one, and a massive 6.9-inch version. In all, no fewer than five variants are due to go on sale, with mid- to late-February currently pegged as a launch date.

While the launch of Samsung's 2020 flagship is still some way off, that doesn't mean details haven't started to slip out. On Twitter, Blass shares preliminary information about the handset, including the news that there will be an incredible five versions to choose from. There will be three screen sizes, and a choice between LTE and 5G for two of them.

The smallest model is said to measure either 6.2 or 6.4-inches (Blass says he has heard conflicting information about it), and 5G and LTE variants will be available. There will also be 5G and LTE versions of a 6.7-inch Galaxy S11, while the largest model will measure 6.9-inches and will only be available as 5G model. 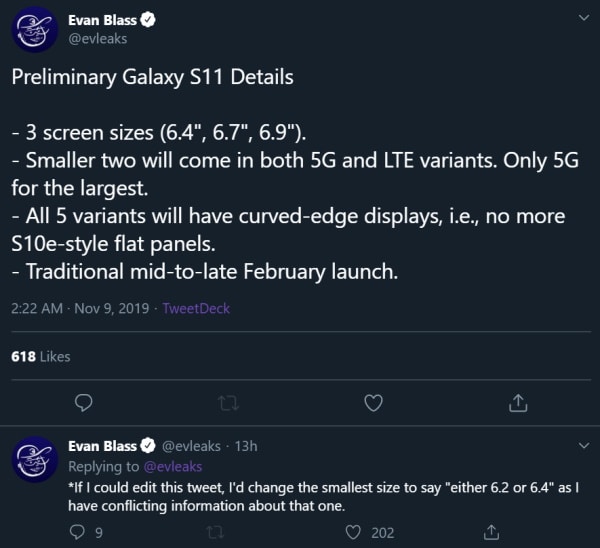 As you can see from the tweet, there is also the news that every Galaxy S11 is expected to have a curved screen – at the edges at least.

Other leaks from over the last few include the suggestion that we could see 120Hz displays, barriers with capacities of up to 5,000 mAh. There is also likely to be a triple rear camera setup, with the possibility that the main shooter could be an impressive 108-megapixel unit.

Expect to see more info leak out over the coming weeks and months.