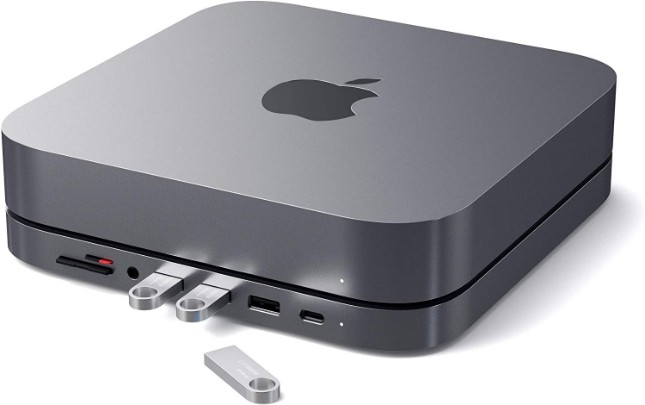 When it first came out in 2005, the diminutive Mac mini was a game-changing computer. Sure, it was woefully under-powered, but never before could you buy a Mac for $499. It truly allowed any consumer to jump into the Apple desktop world -- something previously reserved for those with large bank accounts.

While the newest Mac mini (introduced in 2018) is still small and fairly affordable, the $499 starting price is long gone. Instead, it now costs a minimum of $799 to get a Mac. Sigh. Sadly, even with a higher price, one of the most glaring issues to plague the Mac mini in 2005 is still an issue 14 years later -- there are no front ports! Apple chose to hide all the connectors on the rear -- the company often chooses form over function. Thankfully, the new 2-in-1 Mac mini stand and hub from Satechi solves this problem while retaining the elegant design.

"The first of its kind stand and hub elevates and transforms the Mac Mini into a powerful and surprisingly compact workstation that lets users get the most of valuable desk space. Satechi’s stand and hub features a sleek, elegant design that feels like a natural extension to the Mac Mini. Its patent pending design uses a single Type-C connection to function both as a stand and a USB hub with six expansion ports," says Satechi. 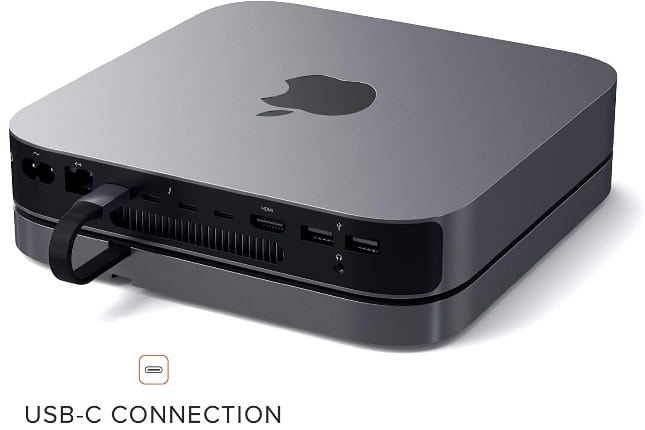 Believe it or not, despite its beautiful design and usefulness, the Satechi Type-C Aluminum Stand and Hub for the 2018 Mac mini is reasonably priced at just $79.99. Quite frankly, it is a product that pretty much any owner of Apple's newest Mac mini should take a look at. If you want your own, you can buy it here now.