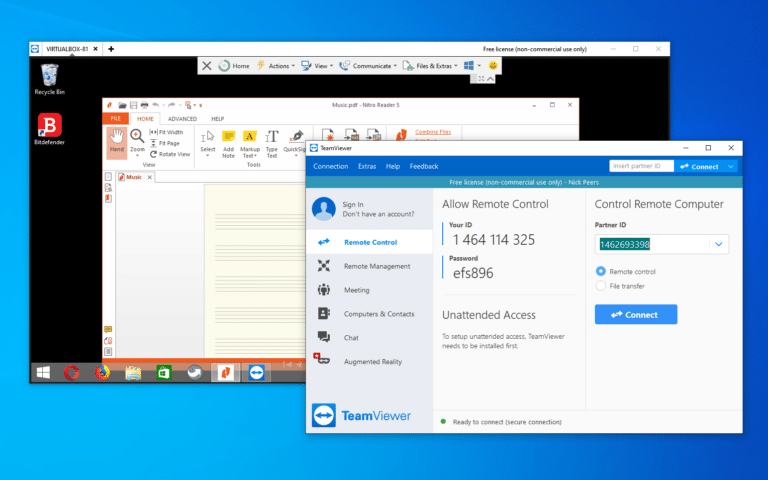 TeamViewer GmbH has released TeamViewer 15.0, its remote access tool for Windows, Linux and Mac computers, plus iOS and Android mobiles.

The new release adds very little to the user experience on the major desktop platforms -- better audio transmission quality on TeamViewer-based chats is the main improvement, but Windows users will need to upgrade to maintain full compatibility with the recently released November 2019 release. Once updated on Windows, other platforms must follow suit for compatibility reasons.

Both Windows and Mac clients open with the promise of improved audio transmission quality over a remote-control connection or within a TeamViewer meeting.

The Advanced Options dialog has also been tweaked in both builds -- as well as the Linux client -- to simplify the choices on offer for keeping the client automatically updated.

Both macOS and Linux clients also claim improved error handling when attempting to access a restricted folder during a file transfer operation.

The Windows update is rounded off with the promise of full compatibility with the recently released Windows 10 November 2019 update, while Mac users also see a slight improvement to the keyboard behavior -- the alt keys are no longer left activated after entering a '@' character. A bug has also been squashed that prevent the toolbar being shown when connected to an iPad or iPhone.

The mobile apps have also been updated to version 15: new users gain an improved introduction to the app, while Android users also benefit from an improved app toolbar for connecting to desktop devices along with a series of minor, unspecified fixes and tweaks.

The release follows on from recent news that TeamViewer has sunset its Windows 10 S application, TeamViewer Lite. The app was removed from the servers yesterday, and will stop functioning completely on January 1 2020.

8 Responses to TeamViewer 15 rolls out quietly, improves audio transmission quality but little else